2018 - A Year of Landmarks for Made in the Midlands 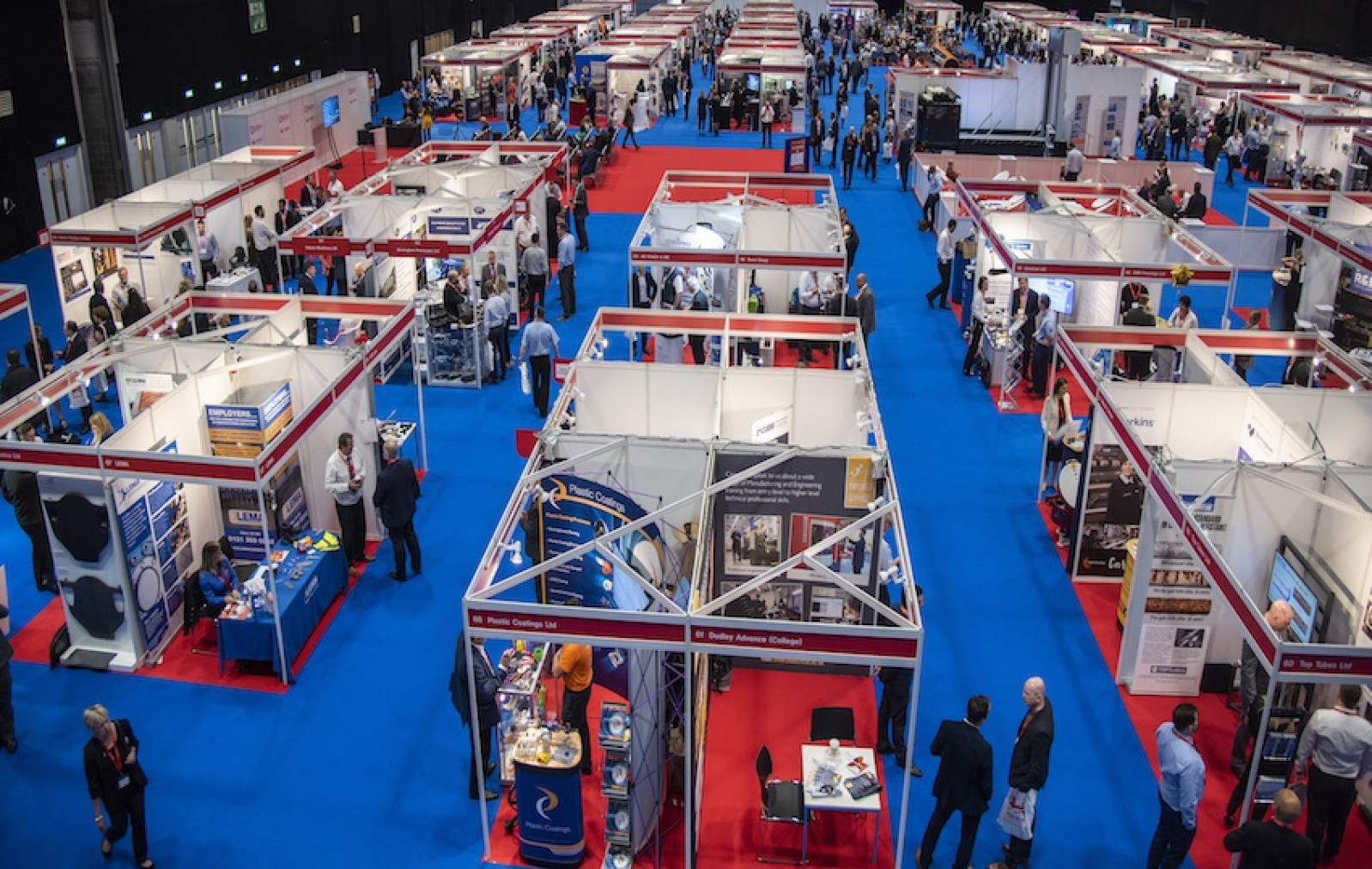 It has been a memorable year for Made in the Midlands and its membership - in all senses of the word.

Looking back, 2018 was a year of landmarks as the network celebrated a rebrand, new websites, the launch of the Inclusivity Campaign and the appointment of four new Advisory Boards and in a major step forward for the group, the launch of its new political lobbying platform, Made in London.

Add to this, the recruitment of more than 130 new members, the expansion of the Patrons group, the launch of the Ambassador awards, the largest annual exhibition ever staged and the publication of the inaugural Made Report then it certainly has been an eventful twelve months.

At the start of the year, the organisation opted for a change in its mentoring process. It therefore dissolved the MIM Council and replaced it with four new Advisory Boards - Industry 4.0, International Trade, Skills and Inclusivity.

The new boards, helmed by experts in their field, became the new mastermind groups for the organisation.

Sharing best practice, board members pool their extensive knowledge with the aim of benefiting the entire membership. The boards are helping to shape future policy, identify research projects and provide an unrivalled knowledge bank upon which the whole organisation can draw.

There’s also a commitment to treble the floorspace for the annual exhibition at Coventry’s Ricoh Arena.

The first quarter also saw the appointment of My Workwear as a new MIM Patron. Under the guidance of managing director James Worthington, the company would go on to be one of the most engaged members of the network - as anyone attending a breakfast event this year can attest to.

Adi Group, which later stepped up to Patron membership, began the year with a commitment to create 500 new jobs as it looked to fulfil its growth ambitions and see turnover increase to £200m.

January saw the launch of a campaign aimed to revolutionise the way the manufacturing sector operates.

More than 100 people gathered at Manor Grove in Handsworth to discover how the Inclusivity Campaign could transform their business.

Aiming to make manufacturers inclusive employers, the campaign explains how firms can improve their business by maximising the potential of every single employee - regardless of age, gender, religion or ability.

Moving on, the network was pleased to announce in Q2 that it had secured the Bloodhound SSC to be the focal point of the Ricoh Expo. The Supersonic Car proved to be a real headturner for visitors to the arena and was the most photographed exhibit on the day.

Sadly, despite capturing the imagination of visitors and exhibitors alike, the ambitious project lapsed into administration just a few months later.

Then, just before Christmas, manufacturers, engineers, innovators and speed freaks got the best present they could have hoped for with the news that Yorkshire businessman Ian Warhurst had saved the project by stepping in to buy the business.

The new Advisory Boards met for their inaugural meetings in April and hopes are high that the bodies will help to steer the future direction of MIM policy and act as the vital mentoring arms of the network.

In a further attempt to shine the light of recognition on the enormous role played by the most engaged members of the network, MIM opted to reward its greatest advocates with a new award, that of Ambassador.

The first 50 to receive the honour were presented with their awards at a ceremony at the Ricoh Arena on the eve of the annual Expo.

The Ambassador award was the second membership recognition honour introduced during the year. Earlier, the network opted to celebrate its founder members with a special title and a plaque they could display at their premises denoting their achievement.

The network was also able to announce that it had secured the West Midlands’ most important politician, Mayor Andy Street to deliver the keynote speech to delegates attending this year’s Expo.

Mr Street told the event that the region’s advanced manufacturing sector was an important wealth generator for the Midlands economy and all efforts should be made to support it.

The event was also a powerful demonstration of the stoicism of the Midlands’ membership in refusing to bow to the economic adversity predicted by many as a result of Britain leaving the EU - a theme later reflected in the findings of the new Made Report.

Members were also able to let their hair down following the Expo as the annual summer drinks reception was switched to a post-event celebration.

The quarter also saw the first Inclusivity workshops taking place, with trainer Gamiel Yafai outlining to those taking part how Inclusivity could be such a force for good within their business.

There was also recognition for the latest new members joining MIM with the second of the year’s New Member Orientation event.

The expansion of the membership’s Patrons group was also celebrated with a reception at the offices of Made in the Midlands.

The pre-Expo period also saw the launch of a new Made in the Midlands website as the organisation underwent a rebrand to better reflect its enhanced status following the integration of the Made in Yorkshire network into the overall group.

The autumn saw the greatest illustration yet of the Made In Group’s ambition to become the authentic voice of UK manufacturing. Underpinning the growth of the group was the official launch of its new Made in London platform.

Building on the launch of the Made in London website earlier in the year, the new platform is the lobbying arm of the expanded group, taking the views of its 600-strong membership right to the heart of Westminster.

Headed by group chairman, The Lord Whitby, around one hundred members descended on the capital for the launch event in what was, a major show of intent by the group.

In tandem with the launch, the group also used the event to publish the findings of its new Made Report, a powerful document based on the responses of more than 300 members to a group survey conducted during the late summer and early autumn.

The report showed that the views of the membership were completely at odds with the negative rhetoric being spouted by many in Westminster - and the upper echelons of the business community - and that far from fearing Brexit, many SME manufacturers were relishing the opportunities leaving the EU could offer.

The majority of members were also confident of the next twelve months with many predicting growth in turnover, new jobs and investment in facilities.

Lord Whitby said: “Made in London will raise the national profile of the hundreds of members which comprise the Made in the Midlands and Made in Yorkshire networks.

“It will give the SME manufacturing sector a voice in the most important theatre in the country - the Palace of Westminster.”

Several members had been in Westminster earlier in the year when at the annual summer reception of the All Party Manufacturing Group, Business Minister Richard Harrington had tried to reassure companies that the Government was doing all it could to ensure a smooth transition following Brexit.

For those members lucky enough to participate, one of the highlights of the summer had been a visit to the Siemens factory in Congleton. The visit helped to illustrate the advantages the smart factory model offered to the future of the manufacturing sector.

MAN member PP Control and Automation explained how it was targeting turnover of £40m following a new investment deal, while CEC Direct notched up its 100th MIM customer in a collaboration with fellow Patron, My Workwear. Hadley Group also reinforced its already strong position in the market with the acquisition of fellow MIM member, EWS.

The campaign was also boosted by the addition of a high-profile, non-manufacturer - Walsall Football Club. Under a deal struck between MIM and the League One side, MIM is sponsoring the club’s community programme in return for the club promoting the aims of the campaign.

Member collaboration was also one of the major trends of the period, with many firms joining forces to mutual gain.

The University of Derby was also able to help fellow MIM member Techman Engineering by securing funding of more than £180,000 in the form of two Knowledge Transfer Partnerships.

Other member highlights saw MIM Patron adi group host a visit from the Prime Minister, Theresa May and Chancellor Philip Hammond, while Boneham & Turner rounded off an eventful year with a special event to mark the firm’s centenary.

In a move that safeguarded the jobs of 800 workers, Gestamp also officially opened its new £50m factory in Four Ashes, near Wolverhampton.

The year rounded off with the inaugural Inclusivity awards. Held at the House of Lords, the awards recognised the commitment of members to the new campaign and the journey to becoming more inclusive employers.

So the focus now shifts to what promises to be an even busier 2019 as MIM prepares to mark its tenth anniversary and the nation looks forward to life outside the confines of the EU.