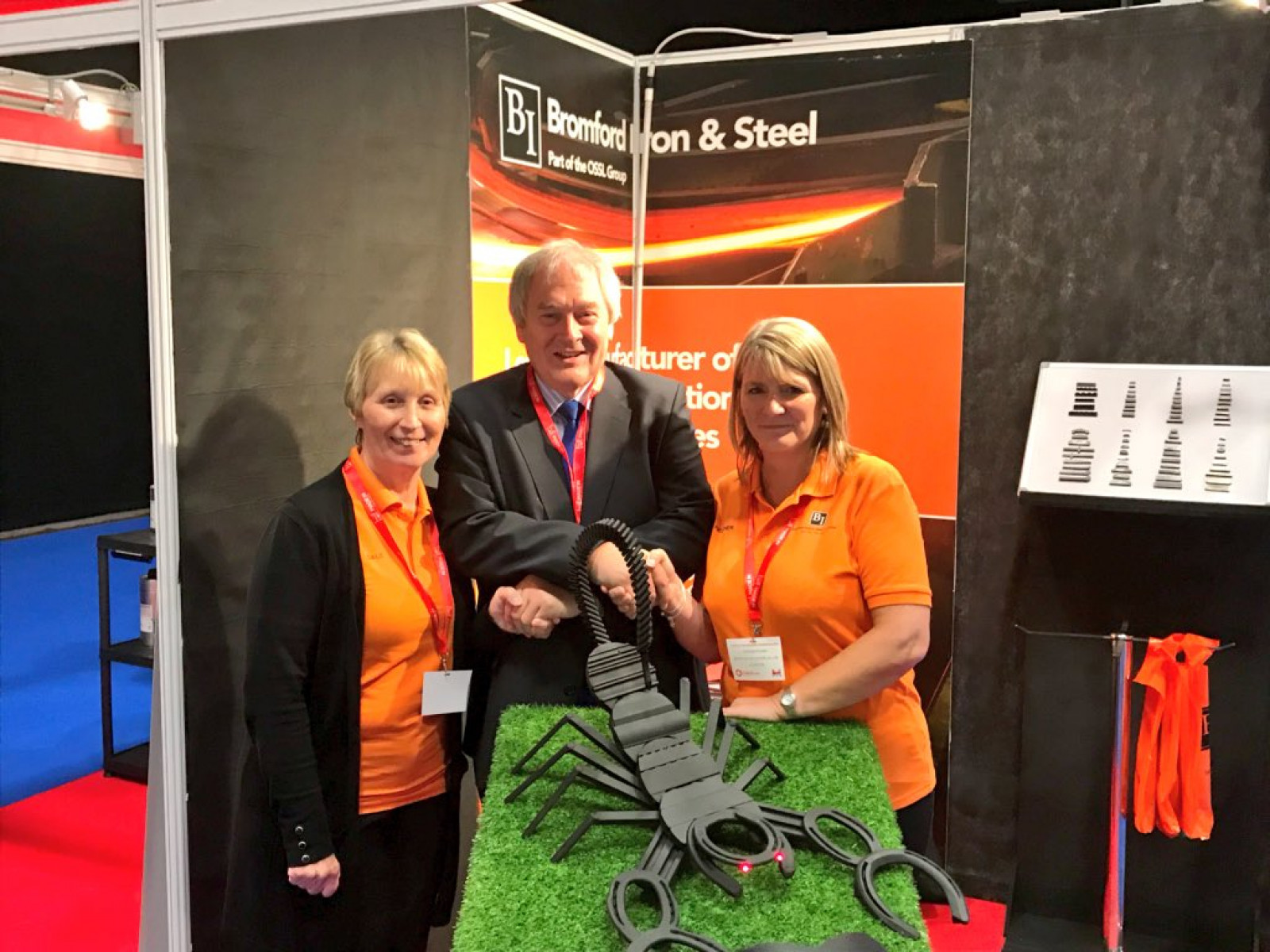 Made in the Midlands once again demonstrated their competitive natures when they entered into the spirit of the occasion at this year’s annual exhibition.

To inject a note of friendly rivalry into proceedings MIM organised a Best Stand in Show contest - many letting their imaginations run riot.

While the addition of the Bloodhound SSC as a static display proved a great focal point for the show - and the inspiration for a thousand selfies, many members were also eager to demonstrate their own creative sides.

Tungaloy with its eye-catching displays and ‘medical technicians’ together with Efaflex with its mesmerising fast-door trailer attracted a lot comment, while others such as Frederick Cooper and Direct Air embraced the World Cup and injected some football fun into their displays.

Others were keen to demonstrate the capabilities of their business and the imagination of their workers, such as the stunning bust of a Stormtrooper from Star Wars which formed the focal point of the Birmingham Prototypes stand.

In the end, the prize for Best Stand in Show went to Bromford Iron & Steel, where the centrepiece of its display was a stunning sculpture of a scorpion made by its apprentices.

Runner-up went to Patron member MHA MacIntyre Hudson, whose smoothie bikes allowed visitors to the stand to channel their inner Froome by competing in a Top Gear-style challenge to see who could produce the fastest smoothie in the show.

Who says accountants don’t have a sense of humour?

The top prize for the competition was a corporate hospitality package for two to a Wasps Rugby game of their choice at the Ricoh Arena. The runners-up receive two grandstand tickets for one of the rugby games.

Jason Pitt, CEO, Made in the Midlands, said: “It was great to see our members enter into the spirit of the occasion and some of the displays designed for the day were truly inspirational and reflected the true essence of the MIM FAMILY.

“Well done to everyone involved and special congratulations to our winners.”