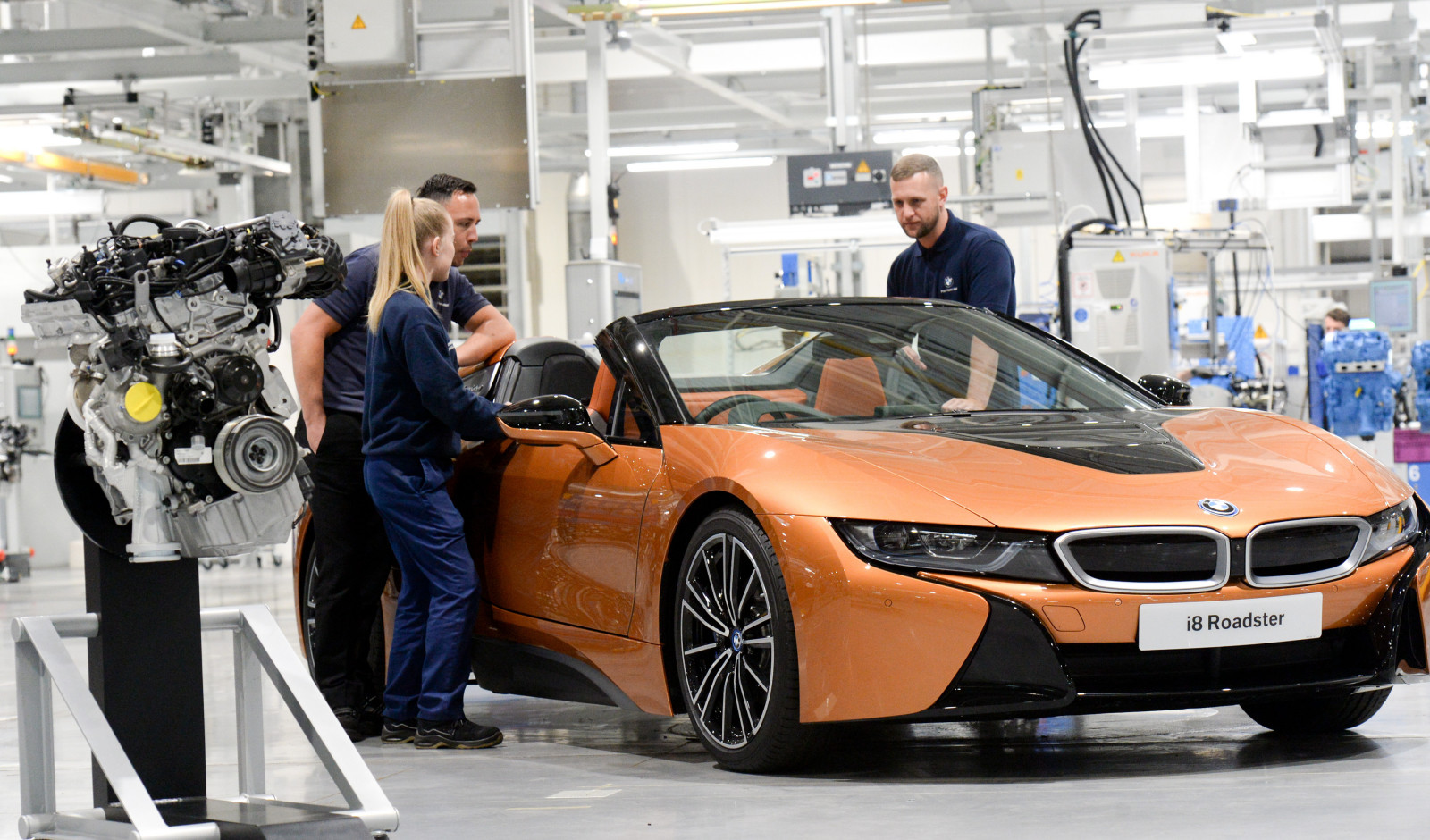 The Midlands’ automotive industry has been handed a welcome boost with the announcement by BMW that its plant in Coleshill is to step up production of engines for the carmaker’s latest electrified model – the new BMW i8 Roadster.

The factory at Hams Hall, which employs more than 1,000 people, has been producing engines for the BMW i8 Coupe - the world’s best-selling hybrid sports car - since it first hit the roads in 2014. Now the plant will supply engines for the new BMW i8 Roadster, as well as a new version of the i8 Coupe.

The three-cylinder petrol engine with BMW TwinPower Turbo technology – a winner of the International Engine of the Year Award - is combined with a hybrid electric motor to form the i8’s multi award-winning advanced plug-in hybrid drive system. The drive duo melds sports car performance qualities with the sort of fuel economy and emissions usually associated with compact models.

Bernd Gress, plant director, said: “It’s fantastic that our plant is able to play a part in BMW Group’s electrified strategy. We are proud to have already contributed to the highly successful BMW i8 Coupe, as well as supplying engines for two other BMW and MINI hybrid models. Now, we look forward to being a part of the BMW i8 Roadster story, too.”

The turbocharged three-cylinder unit, featuring direct injection and VALVETRONIC variable valve timing, extracts a maximum output of 170 kW/231 hp from its displacement of just 1.5 litres, plus peak torque of 320 Nm (236 lb-ft). With the electric motor and engine acting in unison, the system output is 275 kW/374 hp. The new BMW i8 Coupe accelerates from 0 to 100 km/h (62 mph) in 4.4 seconds, while the new BMW i8 Roadster takes a tick longer with a time of 4.6 seconds.

Hand-built by a small team of the plant’s top engine technicians, the combustion engines for the i8 are assembled on a dedicated, unique facility, recently expanded and enhanced to increase production capability for further high-spec engines.

Overall, the Hams Hall plant is going from strength-to-strength. Production of engines for a number of BMW and MINI models is expected to peak over 350,000 units, with the machining of key engine components likely to top 1.4 million parts this year.

The announcement comes as latest figures from the Society of Motor Manufacturers and Traders (SMMT) show demand for alternative fuelled vehicles in the UK rising.

The AFV sector in June saw with a 45% increase in plug-in and hybrid registrations as consumers responded to a growing range of models.

Petrol cars also attracted more buyers, with demand up 12.3%. However, this growth was not enough to offset continuing decline in diesel registrations, with a -28.2% fall a result of continuing consumer uncertainty over future policy towards this technology.

Overall, the new car market declined moderately in June, with year-on-year demand falling by 3.5%. In total, 234,945 new cars were registered last month as the market continued to stabilise following turbulence over the past year or so.

Demand from larger fleets fell 6.4%, but business buyers with fewer than 25 vehicles on their books returned to showrooms, registering an 11.3% uplift in demand after an 11-month long hiatus. Private demand was largely flat, down 0.6%.

Mike Hawes, SMMT chief executive, said: “Despite a rocky first six months for the new car market, it’s great to see demand for alternatively fuelled vehicles continue to rise. Given these cars still represent only one in 20 registrations, however, they cannot yet have the impact in driving down overall emissions that conventional vehicles, including diesels, continue to deliver.

“Recent government statements acknowledging the importance of petrol and diesel are encouraging. However, we now need a strategy that supports industry investment into next generation technologies and puts motorists back in the driving seat, encouraged to buy the car that best suits their needs – whatever its fuel type.”