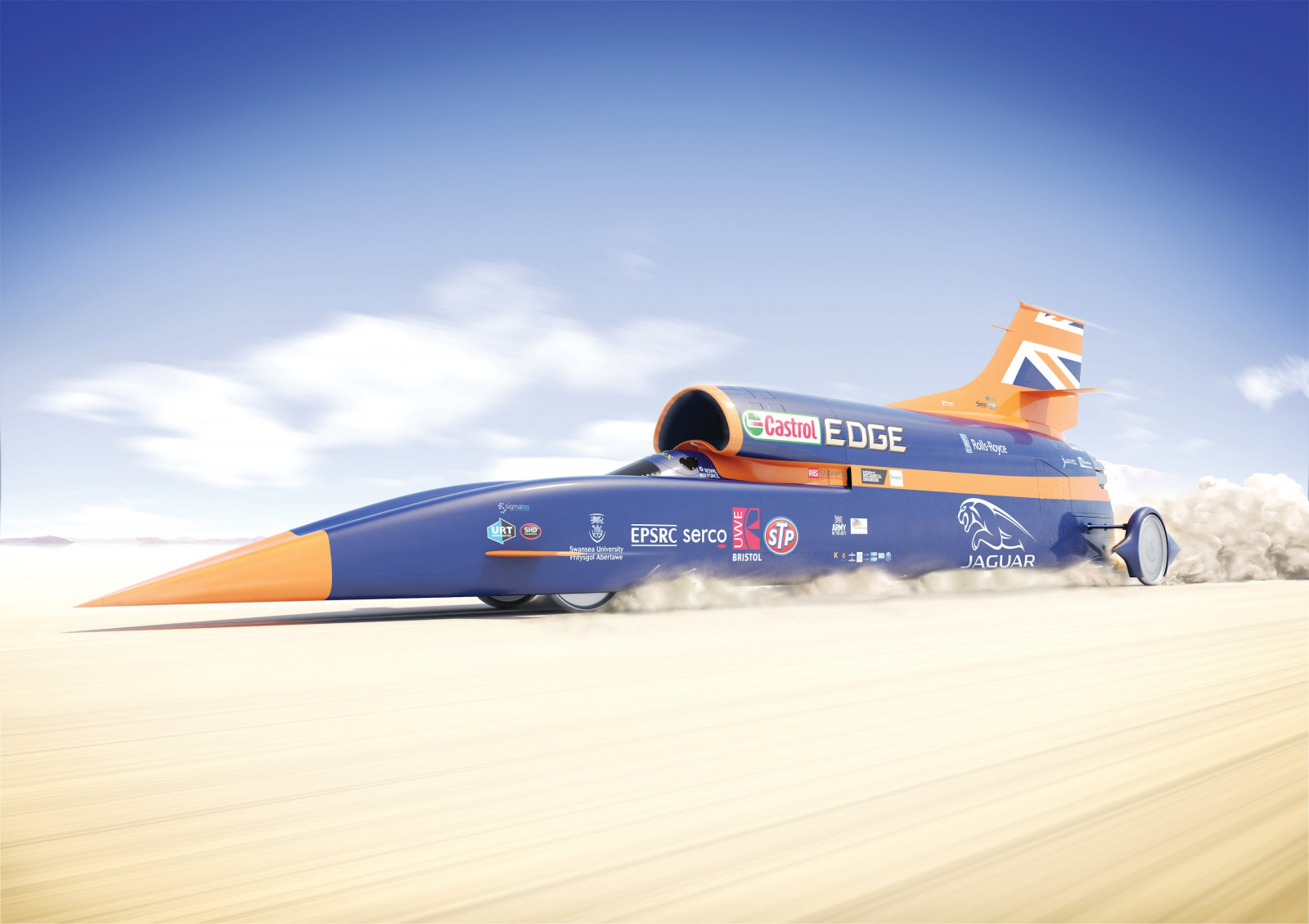 The star of the Made in the Midlands’ annual exhibition, the Bloodhound Supersonic Car (SSC), has been saved from collapse after a buyer stepped forward to salvage the project from administrators.

There had been fears that the project, which aims to break the world land speed record by getting a car to exceed 1,000mph, would have to be scrapped when the Bloodhound business lapsed into administration in November.

Now Yorkshire businessman Ian Warhurst has come forward and purchased the business which will allow it to continue with its record-breaking quest. The terms of the deal have not been disclosed.

Mr Warhurst, a mechanical engineer by training, is the founder and former managing director of Barnsley-based turbocharger business, Melett.

In a statement on the Bloodhound website, the project team said: “The team is delighted to announce the successful sale of the business and assets, which allow the project to continue.

“Ian (is) a long-term Bloodhound enthusiast (and) has a strong background in managing highly successful businesses in the automotive engineering sector.  He will bring considerable expertise to bear in taking the project forward.

“The team are thrilled that Ian has saved Bloodhound SSC for the country. It’s the best possible Christmas present for the many supporters around the world who have been inspired by the project.”

Mr Warhurst said: “I have been overwhelmed by the level of interest and messages of goodwill following the news that I have bought Bloodhound. It’s clear how much this unique British project means to people, all around the world. My family and I have been supporters too for many years and I am delighted to have been able to safeguard the business and assets.

“Having built a successful engineering business I also know how hard it can be recruiting people with the right skills, and how important it is to inspire young people about science, technology, engineering and maths. Bloodhound brings these subjects to life in the most exciting way possible and I want to ensure it can continue doing that into the future. To that end I will be meeting with the team to draw up a plan, which we look forward to sharing in the New Year."

Designed and constructed in the UK by a team of Formula 1 and aerospace engineers, several of the MIM members exhibiting at the exhibition supplied parts to the vehicle.

Powered by a 135,000 horsepower Rolls-Royce EJ200 jet engine normally found in a Typhoon Eurofighter, the car produces 20,000 lbs of thrust - roughly equivalent to the combined output of 360 family saloons.

Its solid aluminium wheels will revolve 170 times a second as it accelerates to a top speed capable of covering a mile in 3.6 seconds - faster than a bullet.

The SSC will bid to make history in South Africa where a 12-mile track at Hakskeen Pan in the Northern Cape has been specially-prepared for the record attempt.