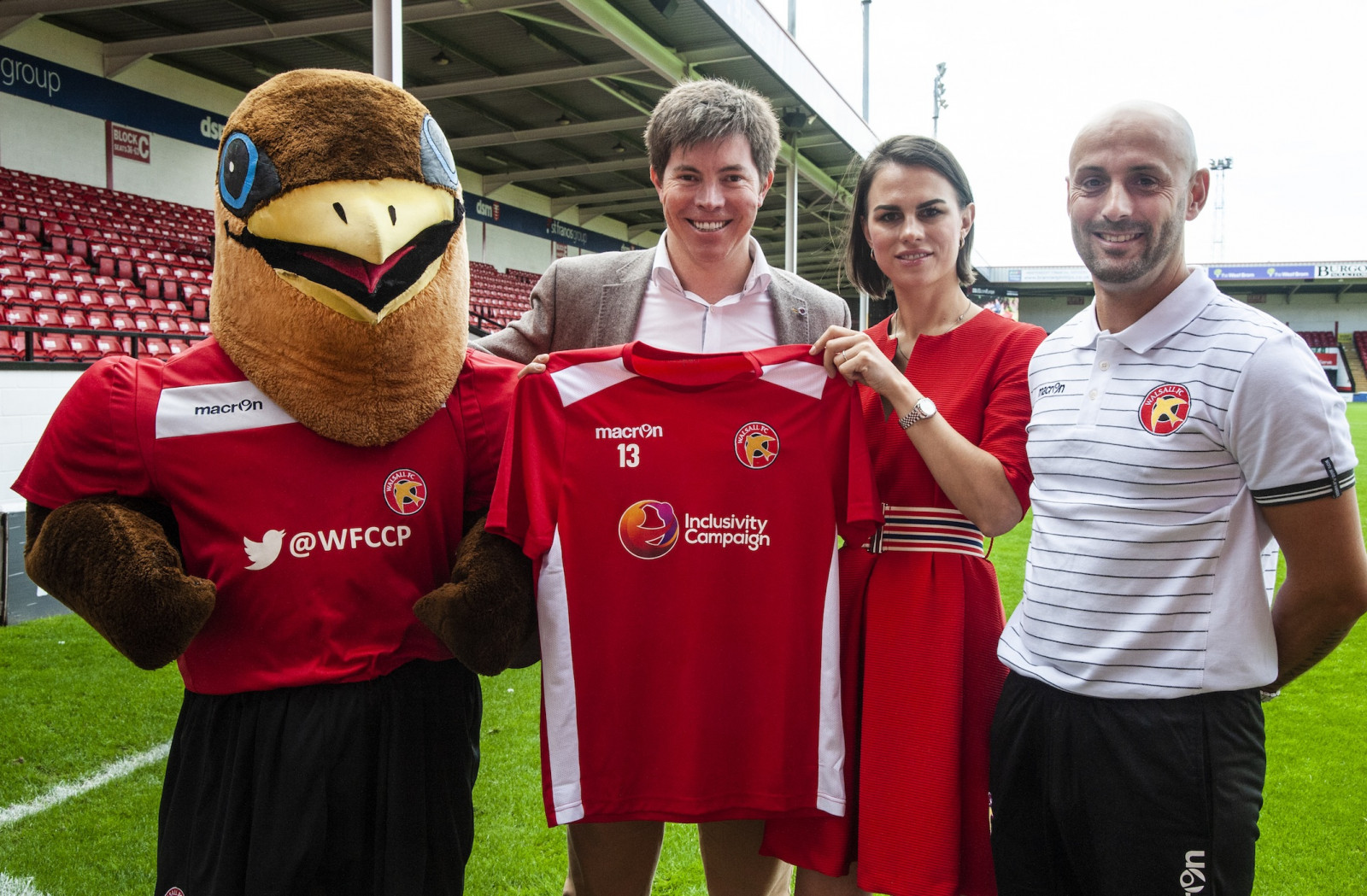 The Made in Group’s Inclusivity campaign has landed a major coup by agreeing a new sponsorship team with a Football League club.

The deal with Walsall Football Club will see the Inclusivity logo emblazoned on the kits worn by the club’s Community Programme staff, who will in turn help to spread the message of inclusivity amongst one of the most diverse communities in the country.

Adam Davy, the football club’s Community Director, said: “We think the campaign is a good partner for us because it helps to spread the message of inclusivity. People will see the logo on our shirts and ask what it’s all about.

“Furthermore, the campaign will help to reinforce the positive effect football clubs can have on their community.”

The Community Programme is a registered charity and is the main means by which the club engages with the local community.

The programme works with local schools for 39 weeks of the year; in the summer it runs camps plus various extracurricular activities.

The programme has been successful and is being expanded with the appointment of an Assistant Inclusion Officer.

The message promoted to all is inclusion through football, as sport is often the most  common unifying factor amongst diverse communities.

Earlier this year, Walsall was one of the five areas, the others being Blackburn, Bradford, Peterborough and the London borough of Waltham Forest, chosen by the government to pilot a new scheme aimed at improving integration between communities and ethnic groups.

The League One club is looking to support the aims of the scheme.

“Sport, especially football, is a great way to unify a community. You may have people with strong cultural views but come Saturday afternoon and they all crowd together in the stadium and cheer on their club without any problem at all,” said Adam.

“We want to encourage this attitude to continue beyond the football ground and into their daily lives.

“We want to show people from the diverse communities that they have nothing to fear and by engaging with the club they will benefit from a positive experience.”

Walsall looks to promote the inclusive feel throughout its stadium through initiatives such as special fan zones and dedicated community sections.

“Footballers are good role models generally and give children someone to aspire to, so we want to help foster that.”

Jason Pitt, CEO of the Made in group, said: “Walsall Football Club has a long relationship with Made in the Midlands, hosting many of its early events.

“With inclusivity in football a hot topic, the football club wanted a way of widening its fanbase while also helping to unite the local community. Although this campaign is aimed at the engineering sector, the opportunity to help one of the longest established Football League clubs and help raise the profile of the campaign was a golden opportunity for us and we are delighted to have the football club on board.”

Pictured from left: Swifty, the Walsall FC mascot, Jason Pitt and Ilona Pitt, both of the Made in Group, and Adam Davy.