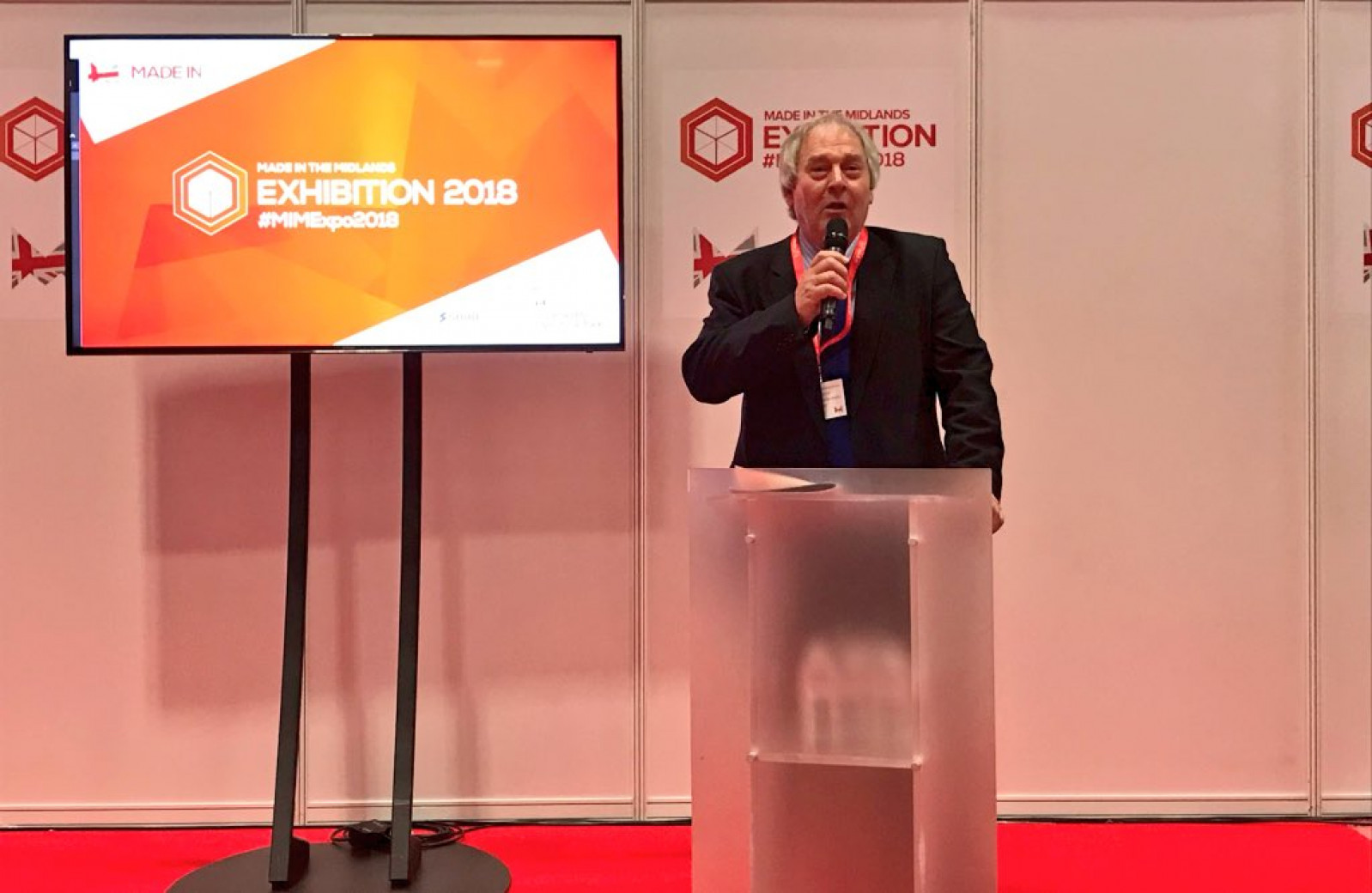 The high profile list of speakers drawn up to address this year’s Made in the Midlands exhibition once again proved to be a major draw.

MIM chairman Lord Whitby spoke eloquently about the capabilities of both the network and the strength of the wider Midlands economy.

Echoing the theme of West Midlands Mayor Andy Street, he told delegates at the exhibition how the region was leading the way in terms of job creation and start-ups and how the potential of the area had yet to be realised.

He also spoke about the region’s balance of trade surplus compared to much of the rest of the UK, which remained in deficit and how, by tapping into the strengths of the manufacturing sector, this scenario could be maintained.

Johnty Mongan, who spoke about the essentials of the new GDPR regulations, had been invited to speak by Made in the Midlands Patron, Arthur J Gallagher.

His engaging talk suggested how firms confirm their GDPR compliance but also how they could tap into other sources, such as social media, in order to deliver their message.

Lee Price, Group Sales Director of new MIM Patron, adi Group, spoke about the industry skills gap and the actions adi was taking to future-proof its workforce and inspire the next generation of engineers.

adi Group is the engineering services partner of choice to many of the world's largest manufacturers, specifically those in the Aerospace, Automotive and, Food & Beverage industries.

Immediately after delivering his speech he had to hot foot it out of the Ricoh Arena where a car was waiting to whisk him off to Scotland where he was competing in the Three Peaks Challenge. We wish him well.

With fresh turmoil in the Automotive sector - not least at his own firm - an update on the Automotive Supply Chain from Mike Mychajluk, Supply Chain Products & External Engagement Manager at Jaguar Land Rover proved to be a useful insight to visitors and suggested that the gloom in automotive might not be too longed lived.

The final presentation of the day came from Alan Norbury, Chief Technical Officer at Siemens (below), who spoke about the latest developments surrounding Industry 4.0 and how digitalisation was set to change the shape of the manufacturing sector.