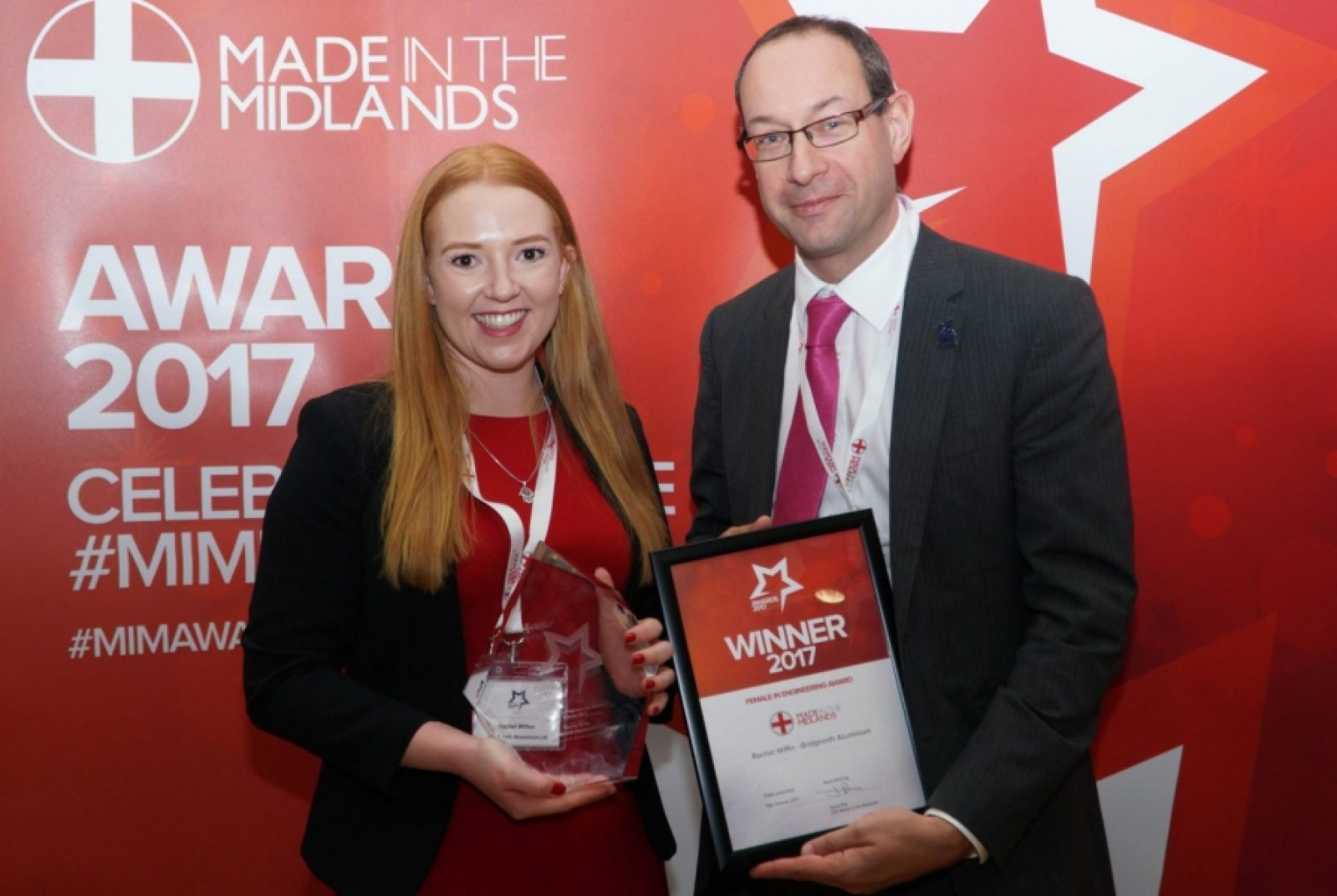 How inclusivity can drive industry productivity

The government recently released its Industrial Strategy, aiming to drive productivity within the UK. But is a lack of engineering skills and inclusivity agenda within UK industry holding back productivity and competitiveness? For example, only 9% of UK engineers are women and 6% from a BME background. Here, winner of the Made in the Midlands Women in Engineering award, Rachel Wiffen, gives her take on the engineering industrys skills shortage and how this may be related to a severe diversity and inclusivity issue.

Since starting in the manufacturing industry, I have spent time working as a STEM ambassador. Having visited schools and delivered sessions to both GCSE and A-level students, it is evident that many young people, both male and female, dont entirely understand what engineering is  let alone the opportunities available in the sector.

One of the most striking problems in todays engineering industry is the lack of engagement and information for students. At school, I enjoyed mathematics and physics. In fact, my physics teacher was always an incredible advocate for girls pursuing science paths.

I was lucky to have an inspiring teacher, who regularly spoke about the feats of female scientists and encouraged us to realise our potential. However, its evident that not every student has this advantage. It wasnt until my final year in sixth form that I began to realise my talent in physics and maths could help me pursue a career in the engineering field.

Engineering is an incredibly broad topic and young people need to be informed about the different aspects of the industry. When leading site tours at Bridgnorth Aluminium Limited, I often notice that visitors are overwhelmed by heavy industry and its likely that young people also experience a feeling of being saturated with information when attempting to understand the opportunities available to them.

For those curious about the field, I would encourage them to ask questions, put themselves out there and, most importantly, be ready to learn.

One of the most common concerns for budding female engineers is that manufacturing is a male dominated sector. From the outside, society views engineering as an industry sector driven by white, middle aged men  and to some extent, they are right.

Statistics prove that just nine per cent of the manufacturing workforce is female. But, do these figures deter female engineers from pursuing a career in the sector? As someone thats been there and done it, I can safely say that starting out can certainly be daunting.

During a leadership course for young people in my industry sector, I received some feedback that, despite my engineering capability, Its a shame that youre a woman, because people dont take you seriously from the outset. While the comment wasnt made maliciously, it encompasses a lot of the problems that female engineers face.

By nature, engineers want to invent, create and be challenged  but we shouldnt be facing outdated social challenges just to feel appreciated in our sector. As engineers we should all be striving for equality, we need to challenge these perceptions and we certainly cant let them affect our performance.

In October 2017, I was awarded the Made in the Midlands female in engineering award. The ceremony highlighted the achievements of a selection of other incredible female engineers from the Midlands manufacturing world and served to showcase the importance of tapping into the talent pool of women in engineering.

This month, Made in the Midlands will launch our Inclusivity campaign, backed by Baroness Lorely Burt, Liberal Democrat peer and party spokesperson for small businesses and women, to raise awareness of and up skill Midlands industry in the area of inclusivity best practice. The campaign will also be rolled out in Yorkshire by sister company Made in Yorkshire.

There is a lot of work to be done to improve the equality of Britains engineering industry, but doing so will produce incredible results. Businesses are 15 per cent more likely to improve their performance if they are gender diverse.  In fact, diversity has proven to be crucial for innovation  85 per cent of corporate diversity and talent leaders agree.

Its time to tackle the engineering inclusivity and diversity issue and, by doing so, increase competitiveness and avoid the pitfalls of the industrys impending skills shortage.

The Made in the Midlands Inclusivity Campaign launch event takes place on Monday 22nd January at Manor Grove, Handsworth. The event will include cutting edge insight from leaders in the field of inclusivity as well as real business examples of how a more diverse workforce has led to competitive advantage. BOOK Tickets