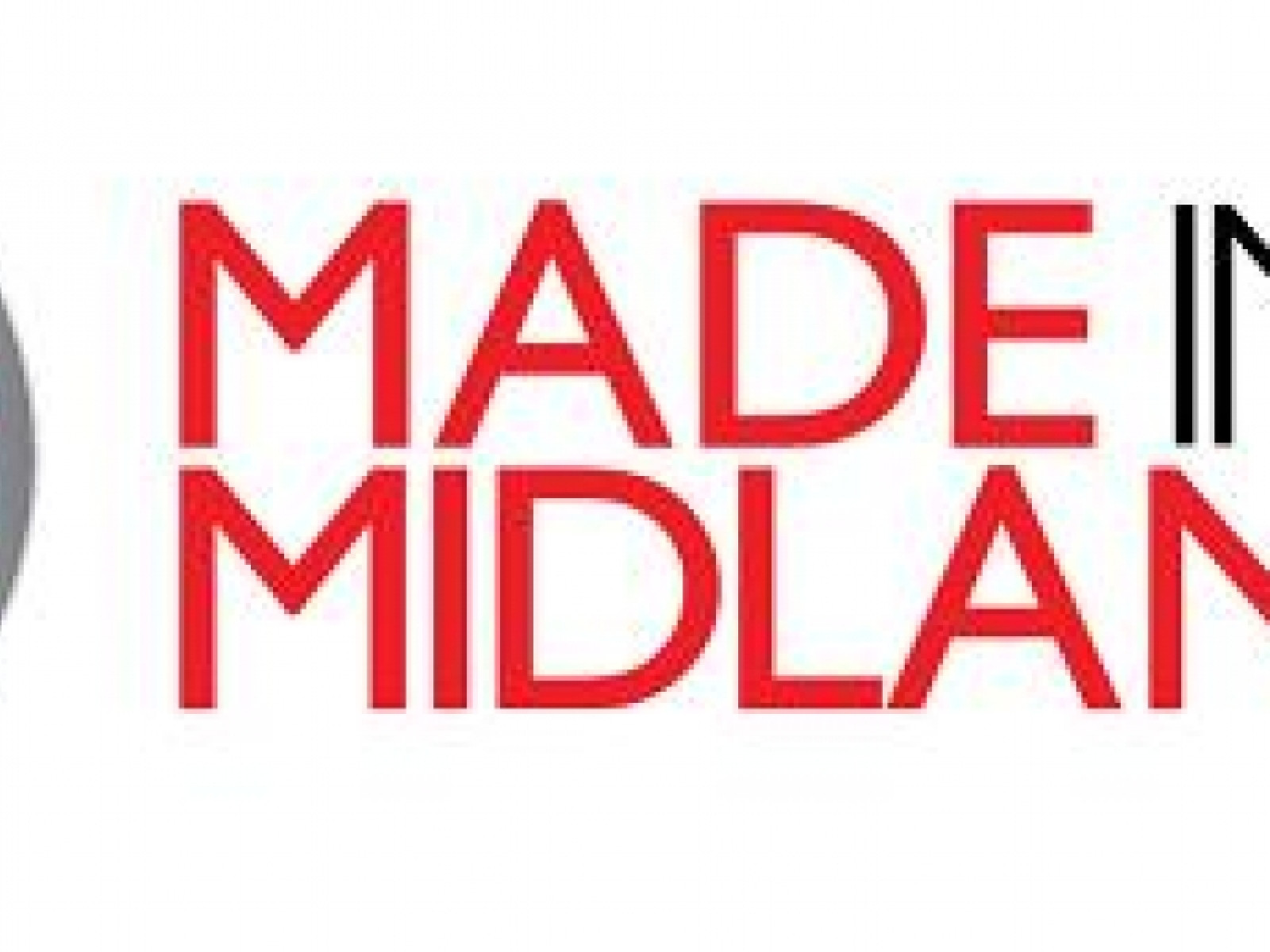 Important: Your vote for Made in the Midlands Council

This week Made in the Midlands is launching its official member-comprised Council. The aim of the Made in the Midlands Council is to provide a united platform for the members to contribute ideas and suggestions on areas where we can work together more. An example of an early suggestion from our members is formulating an apprentice network where between our 250 members we can get our apprentices well versed and educated in a broad spectrum of engineering for the betterment of their own education and for the long term, our members companies as well. The council provide an outlet for members to continue to suggest and improve our Made in the Midlands model – how we as a team can continue to improve and grow the network in this, our 4th year.
The ideas and suggestions of our founding companies continue to play a vital role in our continued improvement.

Finally it will assist the organisation to achieve closer to a consensus and single voice on issues such as commentary on industry and lobbying issues. The Made in the Midlands council is completely politically neutral and will assist us continue what is being regarded as “grass roots collaboration” with the SME fabric of midlands engineering and manufacturing – which is why it will work so well. We don’t foresee this being an activity likely to take much time out of the calendar for our members but it is an important structural addition to the organisation. We have comprised a council so far of volunteer members from within Made in the Midlands which are listed below and several candidates below have come forward to nominate themselves to act as ‘President’ for the first year.

It is important that this candidate is elected by our members to represent Made in the Midlands for the first year, so we have provided a brief bio on our candidates and request you contact us to give us your preference.

Chris Gorvin began his extensive career with an apprenticeship with British Industrial Plastics, at the time one of the largest injection mouldings company in Europe. It proved to be a career which would remain dedicated to Midland-based industry. Chris remained with the company and, by the 1980s, had successfully become Assistant Technical Manager.

His experience in injection mouldings enabled him to be promoted to Business Unit Manager at IVC. The role involved Chris running the Oldbury based business which was at the cutting edge of mobile phone coatings. IVC’s work involved the internal coating of mobile phones to protect the internal components and to minimise disruption from external interference. Such practices made IVC a forerunner in the coatings industry at the time. Chris’ time at IVC also saw his involvement in painting on plastic work conducted for the aerospace sector, including Ministry of Defence work. As Business Unit Manager, Chris facilitated the growth of the business from an employer of 23 to an employer of approximately 120.

Chris’ experience paved the way for the uptake of his current role as General Manager Director for Anochrome Technologies with in the Anochrome Group. Since 2000 Chris has endeavoured to create an identity for the company, raising its profile and leading it into the successful company it is today. Under Chris’ management Anochrome has thrived in the motorsport industry and have built up an enviable reputation for finished components, corrosion protection and hard anodising. During the last twelve months, Chris has also moved into a new group role within the Anochrome Group to further enable the company’s diversification and movement into new markets.

His knowledge and expertise has been gathered from working with local industries throughout his career, from micro-companies to the biggest names like Jaguar Land Rover. Furthermore, Chris’ experiences in the sector equipped him well to lead through the difficulty of the economic downturn. Chris knows the importance of innovating, even in difficult times and the need to stay ahead of the game, being proactive rather than reactive to economic challenges. Chris has also, always placed great value on the skills base found amongst employees in the Midlands and knows the importance of both the existing experience of current employees and also the burgeoning need to look to the next generation to instil the skills that will secure the future prosperity of Midlands manufacturing. Chris’ experience has been broad based, his insight into Midland manufacturing considerable and his dedication to Midland based industry, unrelenting.

Born in 1957, John Faulkner’s apprenticeship with Land Rover developed into an unbroken career with the company, lasting 33 years. John developed his skills as an engineer, starting in prototype build, achieving Chief Engineer status in the late 90s.

A deep understanding of motor vehicles was developed through John’s other interest as a successful rally driver. In 1987 John lead the Range Rover Rally Team who went on to achieve second place in the Paris to Dakar Rally.
Following moves to responsible positions within Quality and New Model Launch, John chose to leave Land Rover in 2007 to take up a leadership position in the supply chain.

He joined Cab Automotive, a Tier 1 supplier to most of the UK OEM's in 2007 and has spent the last five years utilising his knowledge and expertise to grow the vehicle interiors’ company, to the successful business it is today.

John’s career at Cab commenced as General Manager and he was invited to join the Board as Managing Director in 2011. Cab Automotive Ltd remains a privately owned company, with a current turnover of circa £20M.

During the recession, John and his team utilised a strategy of purchasing surplus equipment and in-sourcing work to under pin the cost base. The company continues to invest in and develop new processes at a rapid rate.

John is justifiably proud of the skilled workforce and strong Management Team he has formed and wholeheartedly respects their loyalty through difficult times during the recession. A major lean programme is providing his staff a sense of empowerment and heightens motivation levels, they can say ‘we did that’ as the improvement projects become effective. The Cab Automotive philosophy of ‘The Quality Within’ is now shining through.

John is driven by the desire to create shareholder value, whilst creating maximum employment opportunities in an area in the Black country desperately in need of job creation and apprenticeships. So far 120 new jobs have been created since 2009 and in the next 12 months John has plans in place to employ in the region of 100 more people.

As Commercial & Technical Director of Wolverhampton based Yeoman Pressings Limited, Graham Yeomans is testament to how hard work and dedication can bring significant rewards in the UK manufacturing industry. His early twenties saw him returning to night-school to train in auto-cad whilst working in a temporary role in the company. This role initially encompassed driving the company van, being trained to set various equipment including power presses, and carrying out general press operations on the shop floor. Gaining experience of the company at the grass-roots level would serve him well in the future.
When Graham had completed his studies, successfully passing his auto-cad exams, his Grandfather sold the Company. The new owners, however, offered him a full time, permanent job. Graham took up the post and was assigned a number of ad hoc projects within the Company. He was primarily involved in moving two sites into one. This soon lead to a purchasing role, then to a material logistics role where Graham developed new in-house systems. The subsequent years saw him steadily work his way up the ranks, gathering skills and knowledge in major areas of the business.

Graham introduced new products for a number of years after he was promoted to an engineering role. His expertise was later utilised in a technical sales role which saw him meeting new customers, product costing, and continuing to introduce new products. Graham was then appointed to the Commercial Sales Manager role. During turbulent economic times, the Company was put into administration. Graham and the other two company managers bought the Company out of administration, thus saving many jobs.

As Commercial and Technical Director Graham has continued to lead the firm towards prosperity, despite the on-going challenges of the economic climate.
Graham understands the worth of working through the ranks to gather sound, practical experience of all areas of a company and has put this to excellent use in an industry he continues to be dedicated to. Looking to the future, he advocates the need for the UK manufacturing industry to be promoted far more positively to the next generation, ensuring the talent pool is fully utilised. Graham’s own career path is a great case in point that, from lowly beginnings, given the right work ethic, success is out there for the taking. He truly believes that UK manufacturing is a growth area which adds value to the country and will lead the UK out of recession.

The council is comprised of the following companies:

We will calling you this week and next to get your vote.
Kind Regards

The Made in the Midlands Team