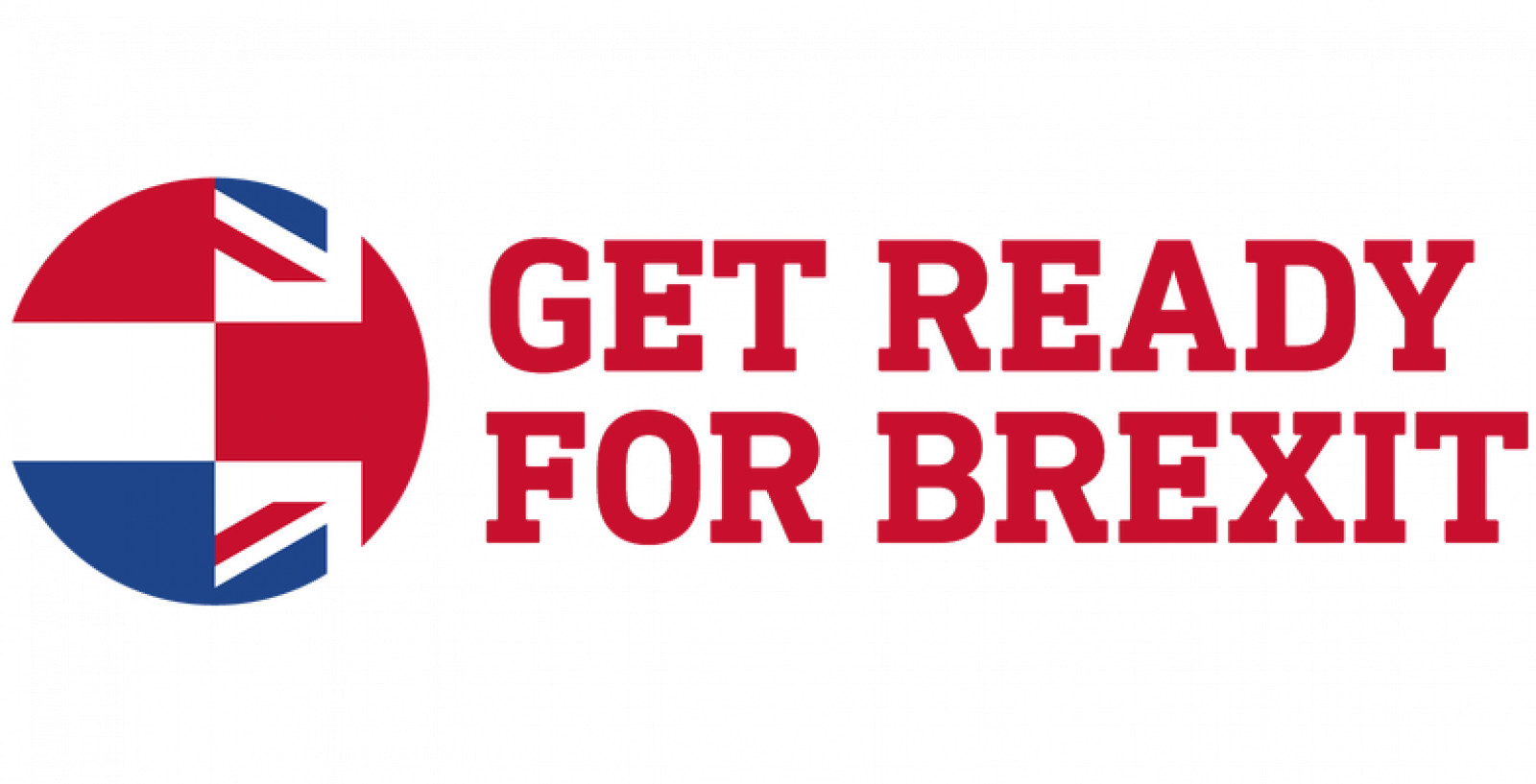 Later this month, the United Kingdom is scheduled, after two delays, to leave the European Union, but what about the questions you, our members, still have?

Made in the Midlands recently sat down with Birmingham Based Solicitors, Irwin Mitchell to answer seven of the most common questions asked by our readers.

We spoke to several partners at Irwin Mitchell, including Sybille Steiner (Employment), Philip Barth (Immigration), Joanne Bone (GDPR), and Penny Cogher (Pensions) to ask them about all the questions you had in regard to Brexit

And remember, whether you’re a member, or not, you can get you Made In Group Brexit Toolkit, for free, by emailing [email protected]

So here are 7 key questions, and answers that get straight to the heart of the matter.

Will we need to make any changes to our offer letters, employment contracts or European secondment/assignment documentation as a result of Brexit? What’s the difference should we leave with a deal versus should we crash out of the EU with No-Deal?

Any member of your staff who currently works on your behalf in an EU country (other than the UK) will only be able to continue to do so if the rules of that country allow them to remain. They will have to register or apply for residency and comply with any other rules.

Offer letters employment contracts and secondment documentation should reflect that the employees will only be able to work or continue to work in an EU country if they have the right to do so.

If possible, because of the uncertainty over post-Brexit immigration rules it should be considered bringing forward start dates for employment to commence prior to Brexit day.

In the context of European assignments and secondments, it will also have to be considered that the EU rules on the coordination of social security systems will no longer apply and therefore where social security payments have to be made.

If the UK leaves the EU with a transition arrangement in place, the changes may not be immediate. In case of a no-deal, that could not be the case.

What impact will Brexit have on pension arrangements? For instance, European workers and the automatic enrolment in the workplace pension scheme?

Most of the legislation around workplace pensions derives from the UK rather than the EU and we, therefore, don’t expect Brexit to impact on UK pensions – whether we leave with or without a deal. Businesses will, therefore, need to continue to comply with the rules on automatic enrolment.

UK law allows for workplace pensions to be paid overseas. The government has said that it doesn’t expect it to change after Brexit.

As regards other pension matters, the Pension’s Regulator has issued a statement which offers advice to trustees of pension schemes and suggests they pay particular attention to investments that could be affected by Brexit. It also has answers to a list of FAQs that you could highlight to reassure any members of staff worried about how Brexit could affect their pension.

The day following our exit, either with or without a deal, will we still be held to the Working Time Directive 2003/88/EC. The EU law that gives workers 4 weeks holiday, rest breaks, a day off after a week’s work.

Yes. The Working Time Regulations 1998 implement the Directive into UK law and unless those regulations are repealed or amended post-Brexit, UK businesses must continue to follow them.

There has been a lot of litigation around some aspects of these regulations – particularly in relation to holiday and holiday pay. The Court of Justice of the European Union (CJEU) has made a number of important decisions, which are binding on UK courts. As a result, UK tribunals and courts have had to interpret our regulations in a way that complies with these decisions. So, for example, holiday pay has to include regularly worked overtime, some allowances and commission payments linked to personal performance even though UK law only requires employers to calculate the holiday pay of many workers at their basic rates of pay.

If the UK leaves without a deal, it will not automatically be bound by any future decisions of the CJEU. However, workers will continue to enjoy their existing rights to paid holiday, rest breaks etc as interpreted by decisions of the CJEU which pre-date the exit day (whenever that is) and our own courts and tribunals.

Because we don’t know what a new deal with include, it’s impossible to say what will happen if it’s approved. However, we would expect any deal to preserve workers’ rights that derive from the EU.

How will the General Data Protection Regulation (GDPR) affect the processing and retention of recruitment data by employers? Say we leave on October the 31st, on November 1st, will our company still have to follow the GDPR rules and regulations?

Yes. One common misconception about Brexit is that when the UK exits the EU, the GDPR will no longer apply in the UK and we’ll revert back to how things were before from a data protection point of view. This isn’t the case. The UK Government intends to write the GDPR into UK law (with only necessary changes to make it work in the UK). This will be called the UK GDPR.

Brexit raises a number of issues in relation to data protection; key ones include:

If there is a deal, and it is similar to Theresa May’s proposed deal, then personal data can still be sent to the UK as before during the transition period. The main problem will arise if there is no deal. In that situation, the UK will either need to be recognised by the EU as offering adequate protection to personal data (a process that could take years to agree) or businesses will need to put in place additional safeguards such as adopting EU standard contractual terms which will need to be agreed pre-Brexit. If we leave on 31 October, that doesn’t give you much time.

Also, if your business offers goods or services to individuals in the EU/EEA or you monitor their behaviour (which is construed widely and includes dropping cookies for online monitoring), you will need to appoint a representative in the EU or be in breach. There are some exemptions, but if they don’t apply, and you don’t have a group company you will have to pay a fee to an external organisation to act as your representative.

Many of your workers will be concerned about how Brexit will affect your business and whether their jobs are likely to be at risk – particularly in the event of a no-deal Brexit. Unless you have plans to make redundancies, you don’t legally need to inform your staff of your business strategy, but it may make sense to share some information with them.

If we leave without a deal, any EU staff you currently employ can continue to live and work in the UK. They will need to apply for pre-settled or settled status if they want to continue to do so after 31 December 2020. The government has published an employer toolkit to help businesses support EU staff and their families apply for settled status. It signposts where to find information about the process and you can download leaflets, posters, presentations, videos and guidance to help you have informed conversations with your staff.

I'm currently employing new people. What precautions should I take if they're from the EU? More so, what if their start date is any time after the 1st of November 2019? As we're still in the EU if I get them to sign their contract before 'zero-day', will anything change?

The government has published information setting out the immigration arrangements for EU citizens that apply after the UK exits the EU.

Some EU citizens will already have obtained settled or pre-settled status under the government’s EU settlement scheme. This gives them the right to continue to live and work in the UK deal or no deal and, in the case of those with pre-settled status, apply for settled status after they have resided in the UK for five years.

In the event of a no-deal, EU citizens who move to the UK for the first time after exit day will be able, on or before 31 December 2020, to apply for a 36 months temporary immigration status – European Temporary Leave to Remain (Euro TLR).

The government has said that applications will be ‘simple and free’ and that EU citizens travelling to the UK won’t have to make special arrangements in advance. In other words, they can enter the country without prior clearance.

If you employ someone from the EU who arrives in the UK after Brexit, transitional rules apply. They will need to apply for a Euro TLR or obtain immigration status under the proposed new points-based system if they want to continue to live and work here.

You, therefore, don’t need to ask new EU employees to sign their contracts before the exit date.

My business works primarily with agency workers. How will Brexit, whatever form it takes, impact the Agency Workers Regulations 2010 (AWR)?

There will not be any immediate changes to these UK regulations whether we leave the EU with or without a deal. However, the UK regulations derive from The Temporary Agency Work Directive and, if we leave without a deal, the government will be able to amend or repeal them as they see fit. Many employment law commentators believe they are an obvious target for removal after Brexit.