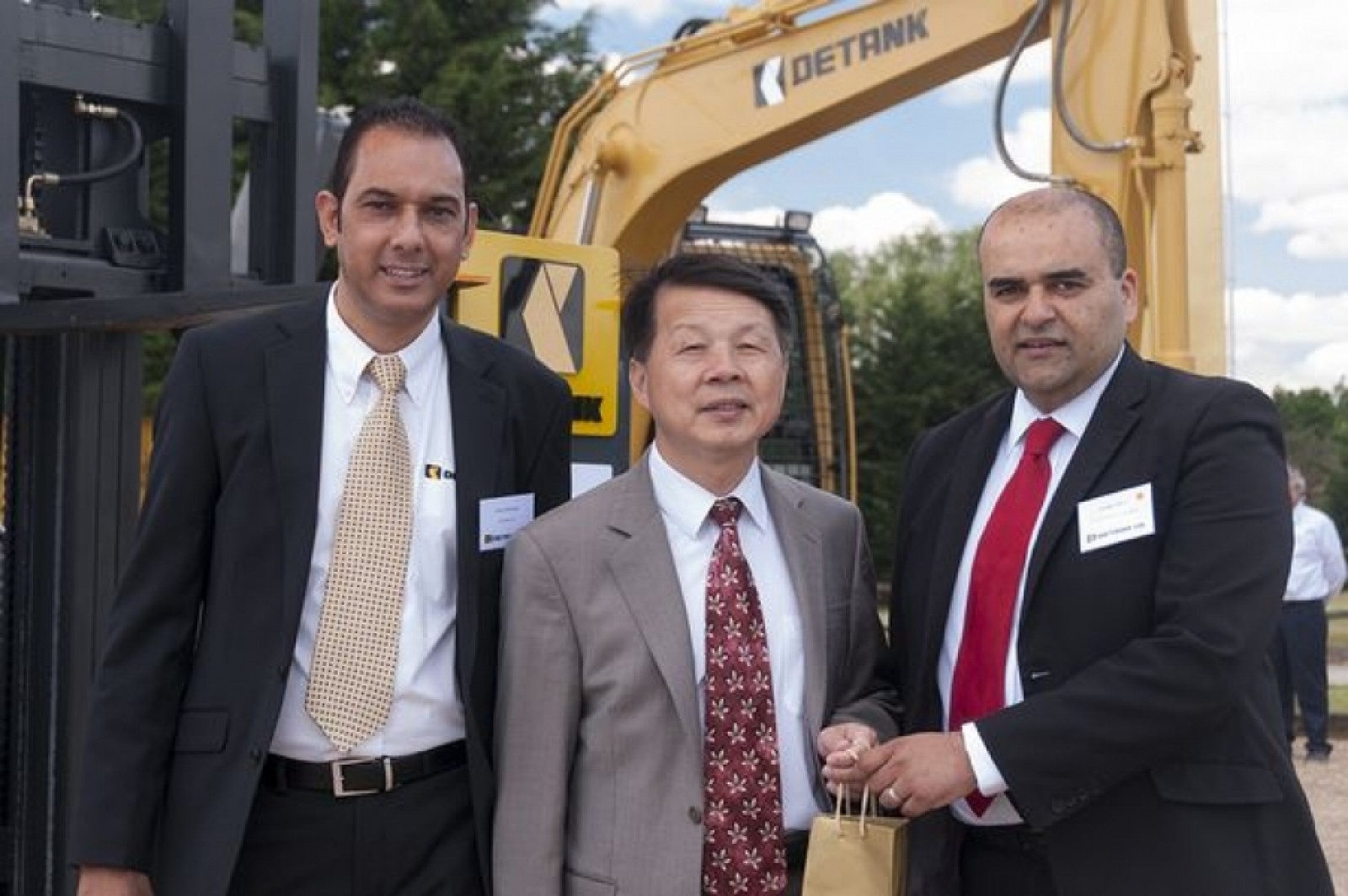 Chinese manufacturer Detank has announced plans to open a new UK headquarters in the Midlands.

The company, which builds heavy duty earth movers and fork lift trucks, has earmarked land in Coventry for its new factory  with dozens of jobs set to follow.

Launched just four years ago on the banks of the Yangtze River, Detank has already become one of the worlds fastest-growing industrial machinery brands.

The company hopes its new base will provide a platform for its range of excavators and fork lift trucks to make a massive impact throughout the UK.

Read the full story, by Graeme Brown, in the Birmingham Post here

Pictured: Lash Saranna, Zhou Xiaoming and Parmy Singh as Detank unveils plans to invest in Coventry
Chat with us!