Made In Group evolves with the launch of Made in London 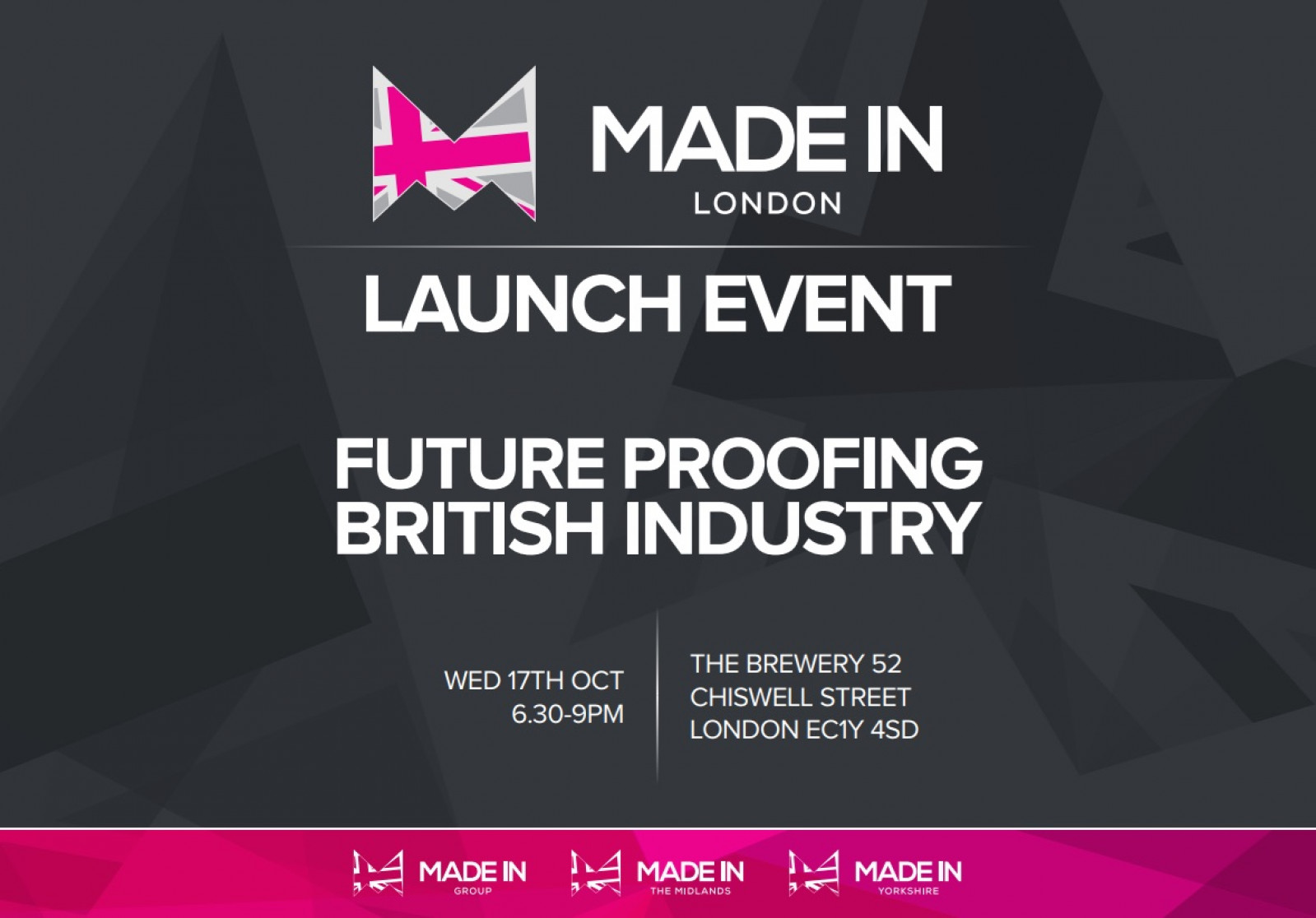 In keeping with its goal of being the authentic voice of UK manufacturing, the Made In Group has embarked on the latest phase of its expansion with the launch of its national platform.

Made in London will raise the national profile of the hundreds of members which comprise the Made in the Midlands and Made in Yorkshire networks.

Predominantly operating as a public affairs and news portal, Made in London is the influencer arm of the Made in Group, connecting core manufacturing regions of the UK with policymakers, financiers and the media, thereby enabling the group to lobby more effectively on their behalf.

The Made in London website features the latest stories and analysis on the national manufacturing news agenda, with regular commentary on the big issues affecting members of the Made In Group.

The group will also be using Made in London to showcase an International Trade Directory, listing all members for the Made In network and adding search functions to enable visitors to identify which countries members export to or import from.

The group’s political representation is strong, with MIM’s non-executive chairman, Lord Mike Whitby, offering direct access to the House of Lords, while Baroness Lorely Burt leads our ‘Made In’ Inclusivity campaign, which is helping to drive positive change in the manufacturing industry and in turn, helping companies become more inclusive and productive.

To celebrate the launch of Made in London, Made In Group is staging a special event in London on October 17, 2018 where it will be inviting members, industry stakeholders, politicians and the media to attend and hear more about what this great service can do to enhance the standing of UK manufacturing.

The event will also coincide with the publication of the new Made Report. Derived from member responses, this is a survey-led barometer of the current health of manufacturing in both the Midlands and Yorkshire as the country prepares for life after Brexit.

Those attending the launch event will also hear about the latest exciting developments from the Made In Group as its Midlands arm approaches its tenth anniversary.

Jason Pitt, CEO, Made In Group, said: “We are excited to host a special event in London, which will communicate what we are doing in the capital to benefit the UK's manufacturing sector.

“Made in London is a new public affairs platform aimed at promoting the UK's industry to decision makers, politicians, and influencers within the capital.

“As part of our London launch event we will explaining the features of the new website, distributing copies of our national Made Report survey and offering members an insight into future developments within the group as we approach an important milestone in our evolution.”

The launch event will be taking place at The Brewery, site of the former Whitbread Brewery, Chiswell Street in East London.

The Brewery has a versatile offering set in the heart of the city but one with historic links to manufacturing in the Midlands.

The venue is the former home of brewer Whitbread, which in 1785 embraced the technology of the age by installing one of the first rotative steam engines ever built.

The engine, which replaced a horse-drawn wheel, was made by Birmingham-based Boulton and Watt, the pioneering manufacturing business established by industry pioneers Matthew Boulton and James Watt.

The duo are intrinsically linked to Birmingham’s industrial heritage and together with William Murdoch, the three men are commemorated in a gilded bronze statue which will shortly be reinstated in the city’s revamped Centenary Square.

The Whitbread Engine revolutionised the production of beer at the brewery and it remained in situ for another 102 years before being decommissioned and sent to the Powerhouse Museum in Sydney (Australia) where it was restored to full working order.