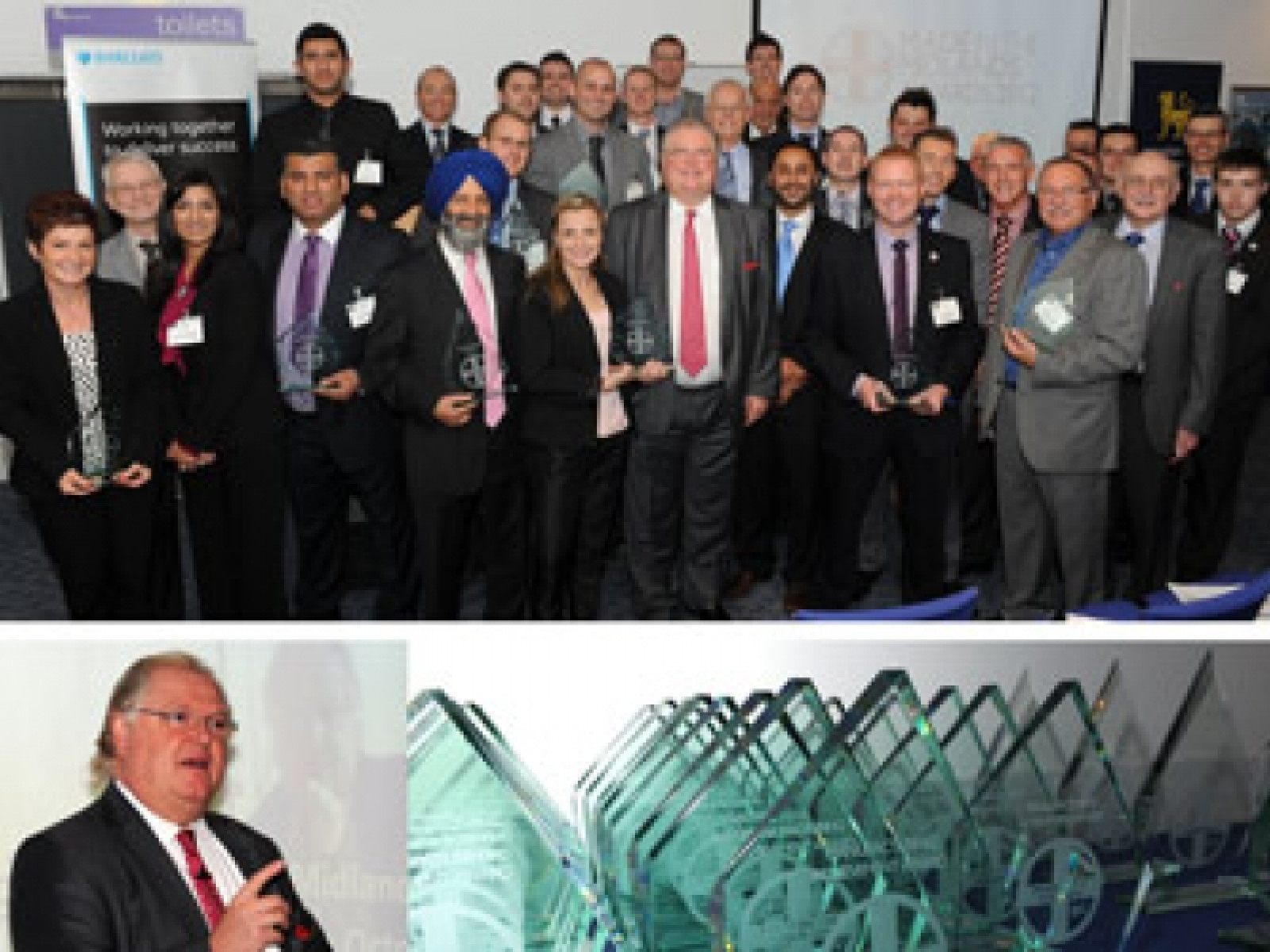 Made in the Midlands awards 2012

Midlands manufacturing was celebrated last week at the annual Made in the Midlands awards, which recognises high growth and innovation amongst manufacturing firms in the region.

This year’s event was held on the 19th October at Millennium Point in Birmingham and Lord Digby Jones received a standing ovation for his lively speech, which praised the nation’s wealth creators in the private sector.

Addressing members of Made in the Midlands, Lord Digby Jones said, "You are the most important people in Britain, you are part of the wealth creation. No one talks about wealth creation but without it there would not be a public sector job in the country.  No police, no doctors or nurses or other valuable public sector jobs. We live in a globalised economy and we need to make the most of it and sell 'Brand Britain' which is referred all over the world."

Proving that industry is still investing and showing confidence, hundreds of manufacturing companies came to celebrate the best of midlands manufacturing and listen to one of the UK's great business ambassadors, among the overall winners were Cab Automotive who have won £4m in new automotive contracts.  The firm is well on track to grow from its 2009 turnover of £12.5m to £42m by 2014, which would represent an impressive growth of over 300% over 4 years.  Such success is enabling the recruitment of significant numbers of staff to further aide a region desperately in need of employment opportunities.      Equally, CMA Moldform have had another silver screen success after a period of extensive research and development to produce the clear, bubble-like helmets used in the filming of Ridley Scott’s 2012 blockbuster, ‘Prometheus.’

Furthermore, Perfection Foods have managed to grow a vibrant export business from scratch and are putting plans into place to expand further into Far East markets, such as India.  Their turnover has been boosted by 40% during the last 12 months to around £3m and the firm has been able to create at least 100 jobs in its new East Midlands distribution centre.Such firms are examples of the dedication and hard work performed by member companies of the industry initiative, Made in the Midlands.
Jason Pitt, director said, “We are proud to have played our part in changing the perception of manufacturing to one of a forward thinking, innovative industry that is creating real, sustainable jobs in Britain."

Also an upbeat message form Graham Yeoman’s of Yeomans Pressings said, “The Midlands is where the industrial revolution started and the Midlands is where it’s coming back to.”
Not only was the Made in the Midlands event a great way to recognize those firms who are achieving success its also a way of spreading a positive message about industry to people outside of the sector.Andy Evans, commercial director said, “There is a positive vibe around industry at the moment, we need to maintain this positivity and stay ahead of the competition.
Another laser company Laser Process also echoed those comments. David Lindsey, Laser Process said, “Midlands manufacturing is buoyant because there is a lot of positive energy and investment in our sector.”