Made in the Midlands Celebrate Annual Awards 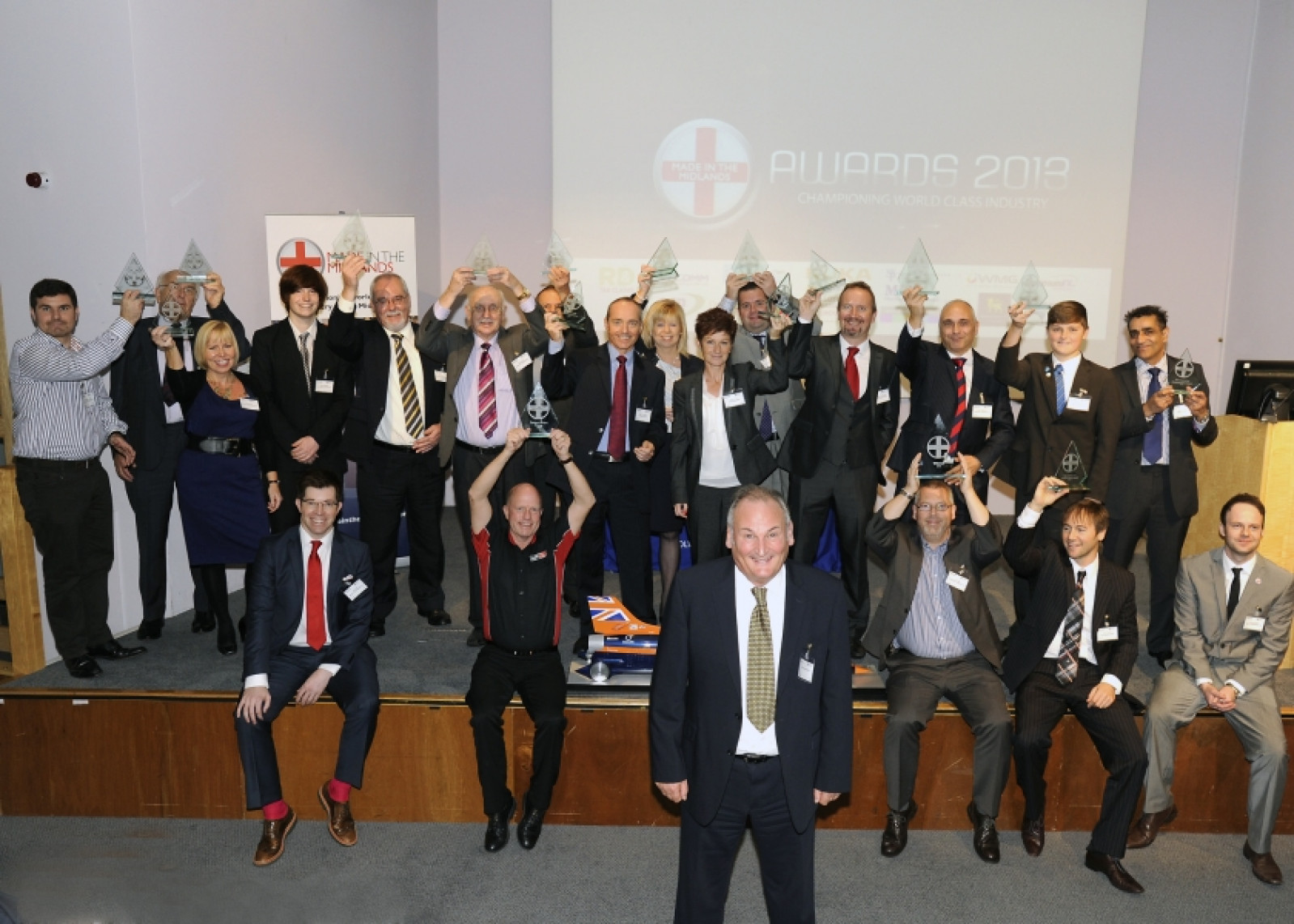 Over one hundred companies gathered to celebrate whats best about Midlands manufacturing.

The annual Made in the Midlands Awards took place in the main auditorium at Wolverhampton Science Park. Nominees were honoured in categories covering achievement, growth and investment, overseas success, innovation and diversification.

The audience enjoyed a passionate address from Richard Noble OBE who updated them on his Bloodhound SSC Project, before the prizes were awarded. The former land speed record holder said: "It is really encouraging to see so much expansion and innovation going on, there is a real growth culture developing. I liked the expression one participant made - We are the people who make the money for the City."

Made in the Midlands Director Charles Addison said: Our awards have been running since 2010 and these were the biggest and best yet. The quality of the award submissions were excellent and our judging panel had some really tough choices to make.

The coveted overall winner award at the members only event went to Automotive Insulations from Rugby who were recognised for their outstanding growth based on new orders that have come from their philosophy of investing in new machinery, premises and their people.

Managing director Jim Griffin said: Entering the Made in Midlands awards was a great way for us to demonstrate how far the business has moved on since the recession and for the whole workforce to celebrate what we have done.

AI is growing rapidly and we are in the process of moving to a brand new premises just outside Rugby by junction one of the M6, this will enable us to grow further.

Above all our business is only as good as our people and Im keen to ensure that the culture we have here remains the same.

Joint Managing Director Neil Clifton enthused: We were incredibly honoured to pick up two awards. The Midlands region is hugely competitive as a whole and we were up against some really stiff competition. It is testament to both our staff and the people we work with across our supply base and we are delighted.

Dudley Designs in Kingswinford picked up the innovation award for their stretcher device that transports obese deceased people with dignity. Sales Manager Ian Richards beamed: This award has given our business a huge lift, we are thrilled. ADI Group in King's Norton won the award for Diversification. Group Sales and Marketing
Director James Sopwith said: "Diversification is about being here for tomorrow. It allows us to reduce our reliance on individual markets and customers. By doing that we have grown and allowed ourselves the opportunity to deliver more services from a single engineering source."

There were also two special awards - The Young Inventor Award, which went to Jacob Monro, 16, from Black Country UTC. He designed, prototyped and tested a unique, innovative docking station as part of the Haughton Design Project.

The Female in Engineering Award was won by Elizabeth Nicholls of Cradley Heath based Lift and Engineering Services Ltd. The former young Wolverhampton engineer of the year recipient said: It was a fabulous event and I was delighted and surprised to receive the award. Im a real advocate for engineering, its a great career but being female shouldnt have to be an
exception. It should be the norm to capitalise on peoples ability and assets, encouragement is key so that this rewarding career path becomes a real choice for everybody.

Charles Addison concluded: Weve have some amazing feedback from the audience, who were truly inspired by Richard Nobles talk and genuinely supportive of each others success.