Made in the Midlands raise over £600 for Text Santa 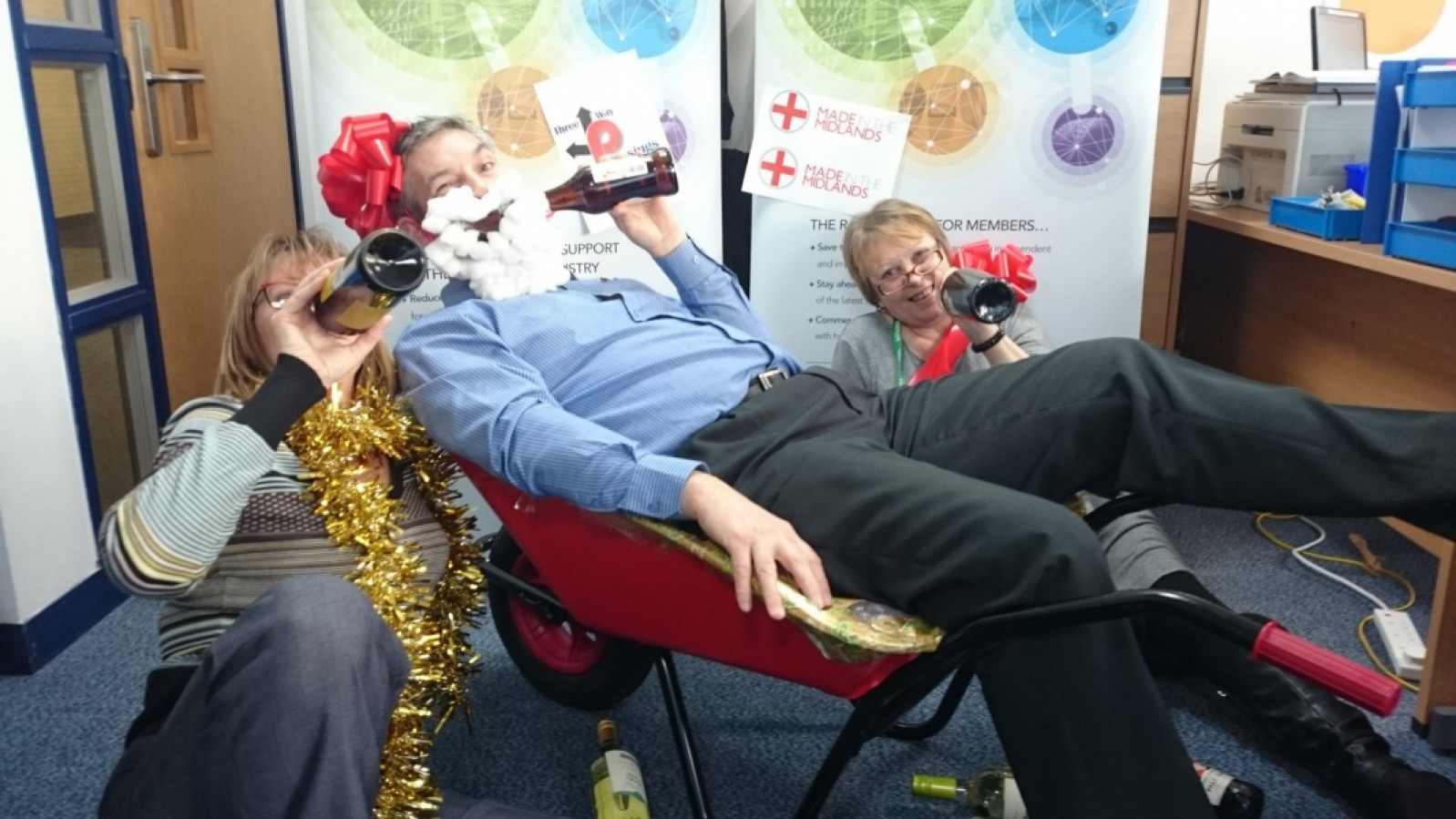 Made in the Midlands are delighted to announce that we raised £623 for ITV's Text Santa competition for Christmas Jumper Day. All of the donations from ourselves and other MiM members will go to Macmillan Cancer Support, Save the Children and Make a Wish Foundation.

Our Christmas Jumper Day competition was created in association with Threeway Pressings, who announced prior to the competition that they would donate a wheelbarrow full of alcohol to the winner. This is an extension of their previous charitable work throughout the year with causes such as Crowe Clarke Ambulance and Marie Curie.

Managing Director of Threeway Pressings, Philip Stanley donated £200 to the cause and stated: "Thanking all of the members who participated with the Text Santa competition. It was really good and we want to do it again next year.

It got a lot of people buzzing on Twitter and it gave Made in the Midlands something to shout about."

After a wealth of brilliant entries from CMA Moldform, Pemberton Engineering, Rock Fall UK, HT Brigham, Brown & Holmes, RAPRA and even Threeway Pressings, we awarded the overall prize to RAPRA. They were well-deserved winners who truly excelled in amusing the MiM office and raising Christmas spirits.

RAPRA's Business Development Manager, Wendi Beamson said: "It was a very well worth cause and it was fun to get involved. When we get involved with the festive spirit, we like to go all the way with it.

It was a superb gesture from Threeway Pressings to send over a prize. There was wine, beer and all sorts in there, it was lovely."

In response to the success of this year's fundraising and competition, Threeway Pressings have announced they wish to make this event an annual occasion. Stanley added: "Next year we want to raise £1,500 so we will try and get every member taking part. It just creates a bit of banter at Christmas, which is always fun."

We'd like to thank every company which took part in this year's competition and we thoroughly look forward to seeing you future nomination's next Christmas Jumper Day.