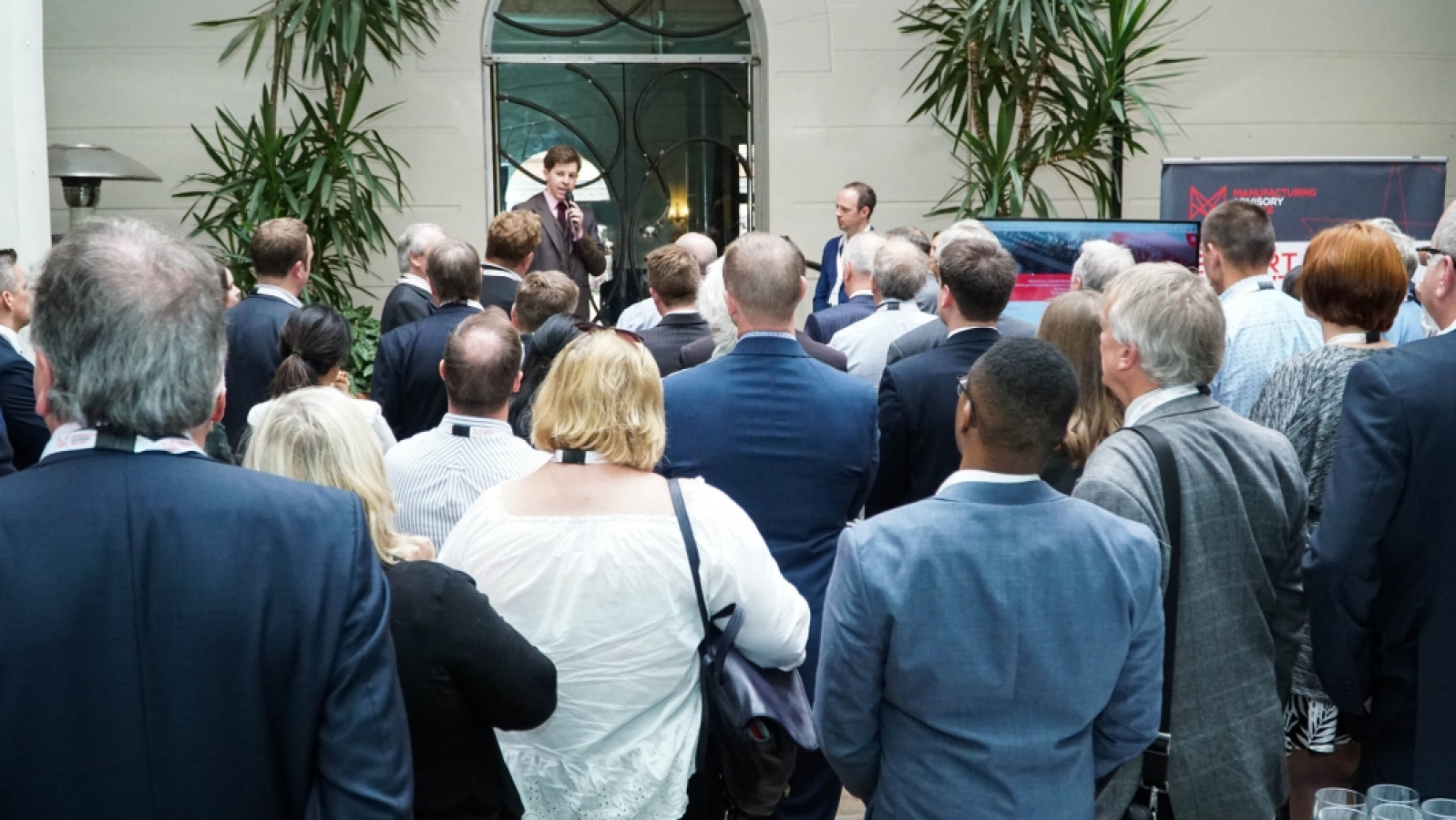 Made in the Midlands has launched the Manufacturing Advisory Service (MAS) as a dedicated online help desk and signposting service to support Britains manufacturing industry and help businesses access information they need in order to grow. The launch event, attended by over 150 leading Midlands manufactures, was held at Hotel du Vin on Thursday, August 24, 2017.

MAS was initially a Government initiative that was introduced as part of the Business Growth Service (BGS) with the support of up to £125 million in funding. However, in 2015 the service was ended as a result of funding cuts  much to the dismay of businesses and entrepreneurs.

Following several years of political uncertainty and recent industry concerns about the Governments industrial strategy, Made in the Midlands arranged a meeting with a selection of its members in April 2017 to see what could be done. During this meeting, it became apparent that the main concern among manufacturers was a lack of awareness of where to turn for help.

When the original Manufacturing Advisory Service closed due to lack of funding, it left a gap in the manufacturing industry, said Charles Addison, Business Development Director. Prompted by the uncertainty surrounding the Governments industrial strategy, we gathered a coalition of our members, led by non-executive chairman Lord Mike Whitby, to see what could be done about the industrys uncertainty concerning who to turn to for advice and for help navigating the innovation minefield.

It became clear that there was the technical capability and industry knowledge among our members, and the capacity in the Made in the Midlands team, to combine efforts and launch MAS as on online help desk for Britains manufacturers. The service will help businesses find the support and advice they need, about everything from process improvements and research and development (R&D) grants, to access to finance and marketing best practice.

Speaking at the launch at Hotel du Vin, Lord Mike Whitby, Non-executive Chairman of Made in the Midlands, said, Manufacturing contributes over 10 per cent to Britains GDP, and the Midlands contribution is even more significant. Its vital that the sector continues to grow, but one of the biggest challenges the sector is currently facing is a lag between true entrepreneurship and access to financial support.

Its essential that we share experience and that the financial sector becomes more transparent about why funding may be denied or take so long to be granted. The launch of MAS, by a superb organisation that really listens to its members and is sponsored by financial institutions such as the Royal Bank of Scotland, is a great step towards a strong future of growth for Britains manufacturing industry.

The launch of the MAS help desk is sponsored by the Royal Bank of Scotland, Baldwins Accountants, ART Business Loans, Finance Birmingham and The Manufacturer. By creating a service that is provided by business for business, Made in the Midlands hopes to create something that lasts and evolves.

This is the business community showing leadership, said Jason Pitt, Chief Executive of Made in the Midlands. At times of political uncertainty, as we have seen in recent years, this is vital. The UKs industrial strategy needs to be strengthened, and businesses need to lead the way and help the sector grow.

People will ask how we, as non-manufacturers, dared to launch MAS  but taking action to support our members is better than doing nothing. This launch is us working with a handful of sponsors and members of Made in the Midlands and Made in Yorkshire. Just imagine how this will grow, and what we can achieve, collectively?

Find out more about how MAS can help your business at www.manufacturingadvisoryservice.com