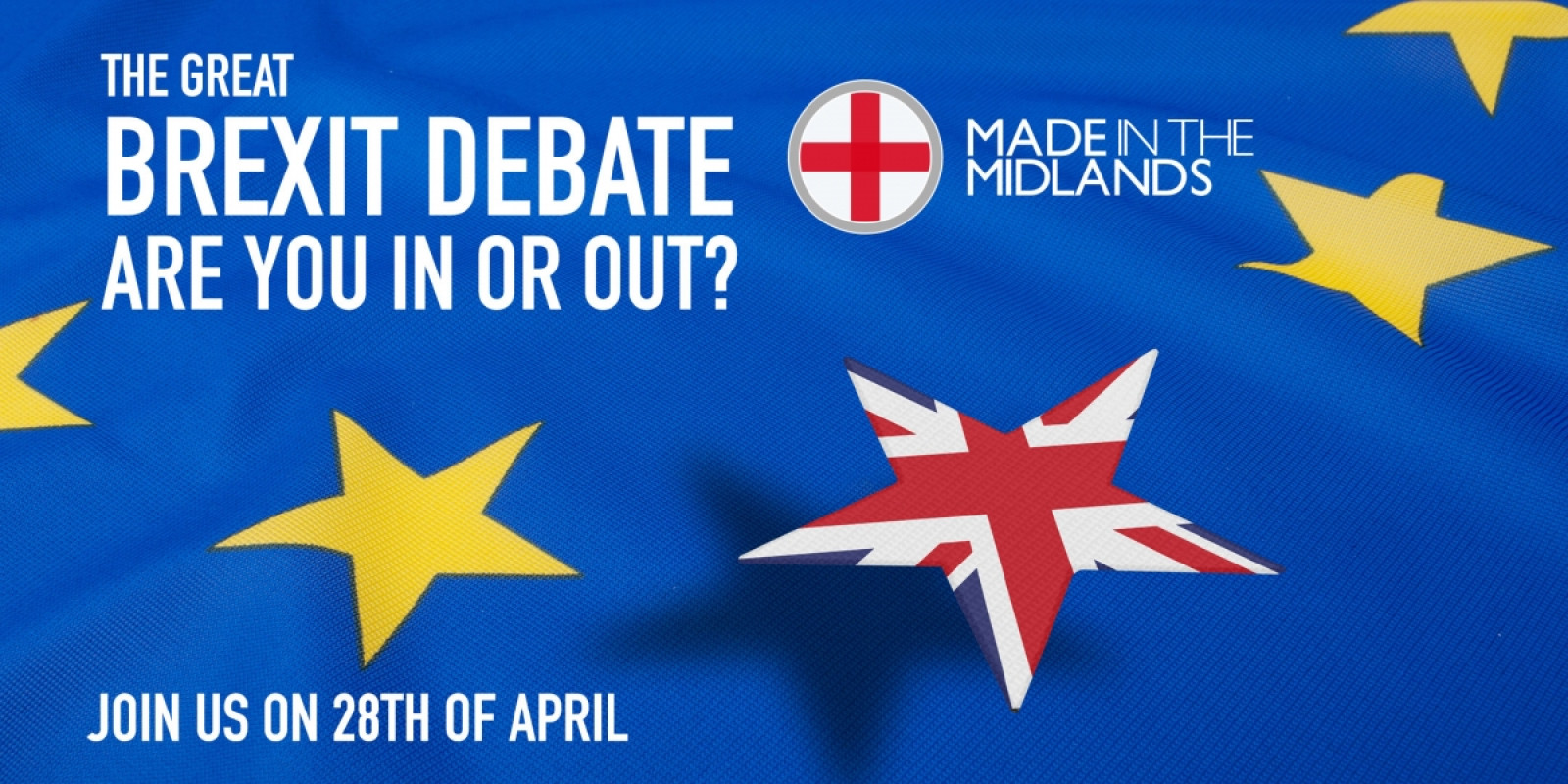 On Thursday 28th April, Made in the Midlands will be hosting the Great Brexit Debate at Wolverhampton Business Solutions Centre to discuss the proposed question which was accepted by MPs: "Should the United Kingdom remain a member of the European Union or leave the European Union?"

Made in the Midlands are giving our members a chance to debate the future of the UK and Europe, looking into why we should vote, how to vote and what is going to happen afterwards.

The discussion panel will be Chaired by MIM President, Christopher Greenough. Scott Harrison, Director of Swindell and Pearson and Graham Yeomans, Director of Yeoman Pressings will be representing the Bremain opinion. Whereas, Bill Good, CEO of Diverco Limited and Deryk Law, CEO of Clayton Holdings are in favour of a Brexit.

Prime Minister, David Cameron has agreed a package of changes to the UKs membership of the EU, which will take effect immediately if the UK remains in the EU. These changes will effect: Child benefit, migrant welfare payments, Eurozone, Protection for the City of London, Sovereignty, Red card for national parliaments, competitiveness and some limits of free movement.

There are a range of arguments for either opinion, as the Brexit side could argue that the Euro currency will never work, as nineteen different countries with highly variable attitudes to tax, corruption and work become united as one. Whilst the Bremainers can argue that the EU is a single market in which no tariffs are imposed on imports and exports between member states. "More than 50 per cent of our exports go to EU countries," says Sky News, "and our membership allows us to have a say over how trading rules are drawn up."

Make sure you join in the heated discussion this Thursday, as MIM members aim to draw a conclusive opinion, that successfully reflects the manufacturing community. If you are interested in joining the Great Brexit Debate, please contact our Group Events Manager, Iwona at: [email protected] Alternatively, you can book your tickets at the following link: http://bit.ly/1NPpyGO