Siemens shows off smart factory to Made in the Midlands members 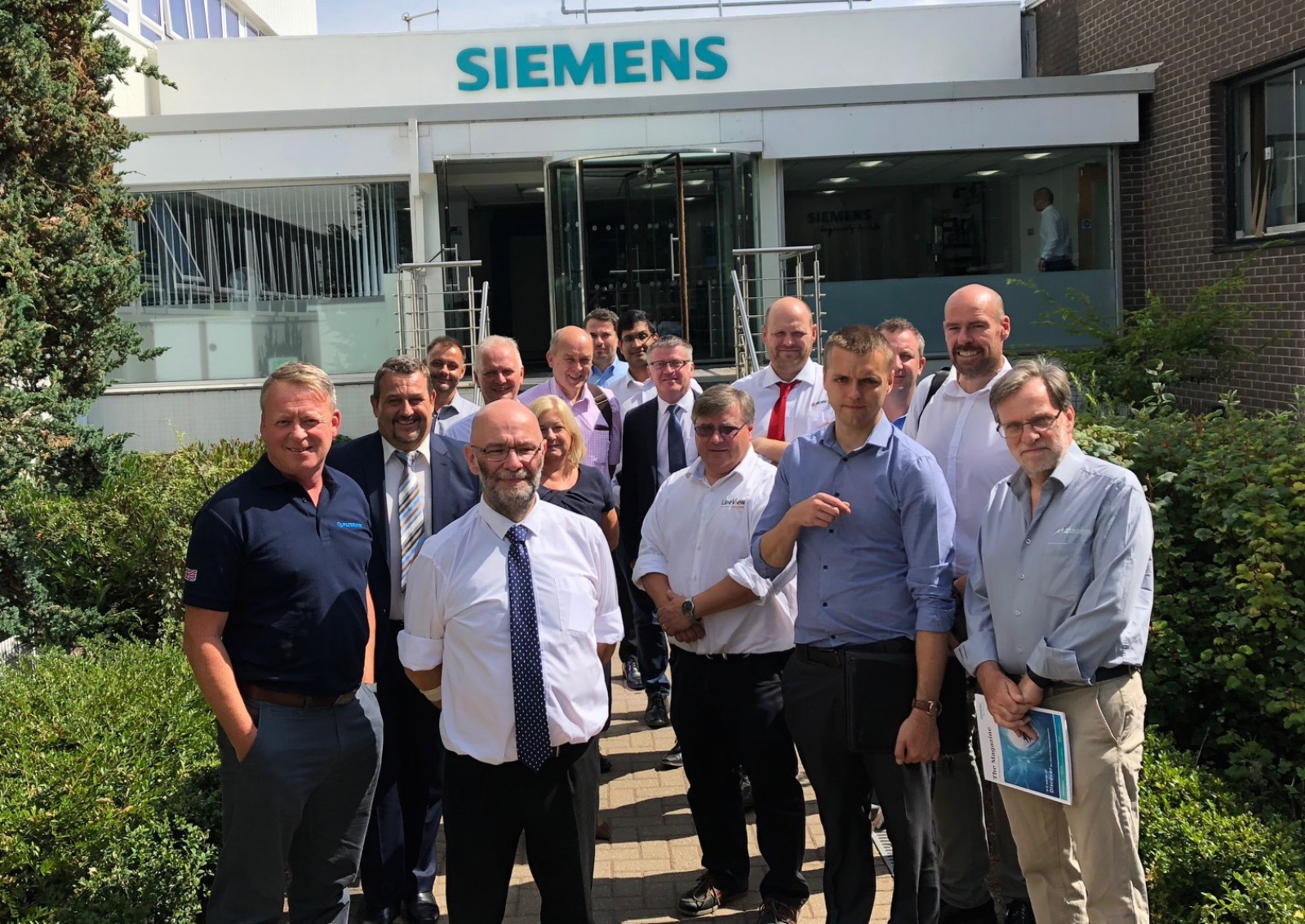 The use of digitalisation to shape the smart factories of tomorrow was the subject of the latest Made in the Midlands networking event.

The event was hosted by automation specialist Siemens at its factory in Congleton.

Members were told about how the factory, which produces Variable Speed Drives, was adapting to the needs of Industry 4.0 to make its operation more efficient.

It said this was important because the new technology had enabled the company to dramatically increase the number of drives it produces, with the same number of staff. A move that was proving efficient in helping to combat high production costs in comparison to similar factories in places such as China and the Far East.

Siemens said it had been successful in helping to eliminate the fear of digitalisation amongst its staff to the point where they were not worried about automation taking away their jobs.

Effective interaction with the 500-strong staff through regular consultations and forums had helped improve engagement, it said.

Many of the processes previously handled by staff have been automated, prompting many of the workers to be retrained in the use of new technology, many moving on to higher grade roles - and salaries.

The company also benchmarks itself on the quality scale, such as through Investors in People, to ensure the human element of the production process is not overlooked.

Members were also taken on a tour of the factory, which included the Virtual Reality lab known as the ‘3D Cave’, where technicians not only design new components, they are also digitally creating the factory’s new production line, assessing the optimum placement of new machines and even how staff interact with the machines in order to avoid undue stresses on their bodies.

Visitors were told the march to digitalisation was also helping to eliminate operational waste and reduce the amount of physical testing of components by firstly creating everything digitally.

The use of Big Data gathered by the machines is also helping the company fine tune its operation and improve run time and maintenance periods.

The development of smart factories and the route firms will have to take in order to effectively implement digitalisation is one of the issues occupying the attention of the Made in the Midlands Industry 4.0 Advisory Board.

Siemens is one of the members of the board along with delegation representatives Citizen Machinery and Visdata.

Information gleaned from the visit will help the board establish an Industry 4.0 roadmap so that other MIM members will know what measures they have to implement in order to effectively embrace digitalisation.

Matt Benefield, of Visdata and the firm’s representative on the Advisory Board, said: “This has been a very useful event to attend and the knowledge we have gained from it will be very useful in board discussions.”

Bernard Killeen, Instrumentation and Development Manager of Aerodyn, said: “It was fascinating to hear from Siemens about the work they are carrying out and being a part of the MIM delegation was very useful.”