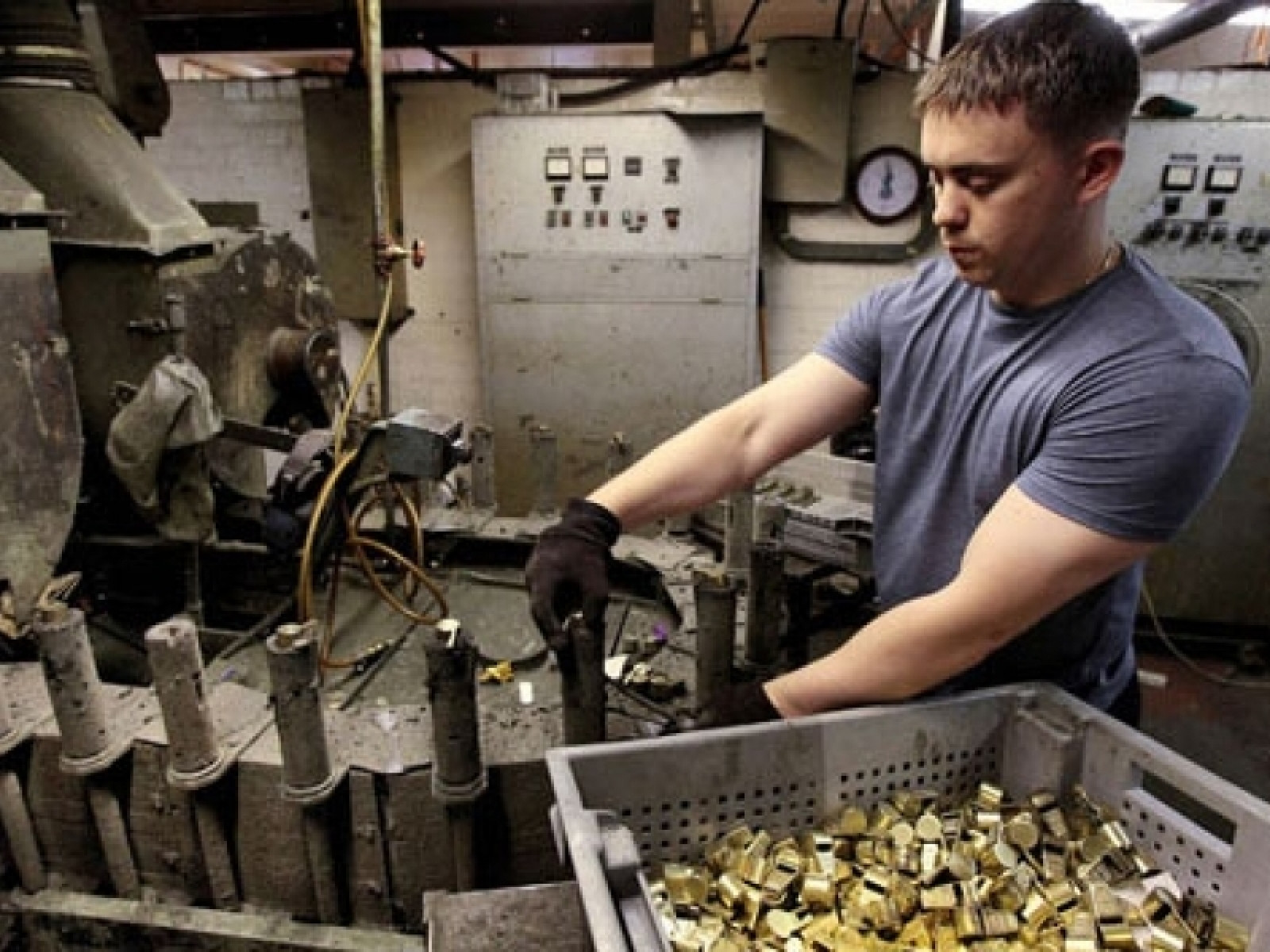 Taken from the Economist: 10th Feb:

KEVIN WARD shudders when he recalls December 2008. His engineering company, Brown & Holmes of Tamworth, began the month with a pretty full order book. Spooked by the financial crisis, though, the carmakers and aerospace firms that buy his workshop equipment suddenly cut back. The company lived off "scraps of work" throughout 2009. Turnover tumbled by one-third and the company went into loss. Mr Ward was unable to raise the financing needed to buy another firm that was going bust; to make matters worse, his company was put on credit watch, with extra banking charges.

And now look at it. Brown & Holmes's sales recovered strongly, rising from £2.3m ($3.6m) in 2009 to £4.3m in 2010, and have continued to go up since. Along with other Midlands manufacturers, it is thriving despite generally tight credit conditions. The former workshop of the world, which was crushed by the early 1980s recession and the rise of Asia's low-cost manufacturers, is seeing work drift back. In Britain as a whole, some 100,000 manufacturing jobs have been lost in the past two years. In the Midlands, manufacturing employment has grown slightly.

Weaker sterling and rising wages in China help matters. "Chinese companies used to be 50% cheaper," says Jason Aldridge, managing director of Arrowsmith Engineering, which makes parts for aerospace firms. "Now the difference is only 15%." Andrew Essom, technical sales manager of HT Brigham, a metal-pressing firm, can see work returning from abroad. His firm makes the small metal spoons dispensed by the National Health Service to injecting drug users to keep their habit clean. These had formerly come from a French supplier which had them manufactured in China. But HT Brigham can now undercut the French.

Another reason for the health of small manufacturers is that some industrial giants have rediscovered the virtues of local suppliers. Floods and tsunamis in Asia have underscored the hazards of long-distance supply chains, and there have been worries about quality too. Leading firms in the aerospace and defence industry have set up a support network, Supply Chain 21, to raise standards among domestic suppliers. Drop in on Arrowsmith Engineering in Coventry and you are likely to find one or two Rolls-Royce engineers visiting.

Finally, local firms credit two helpful outfits. One is Made in the Midlands, a business network that supports its 250 member firms by putting them in touch, largely online, to help solve mutual problems and share market intelligence. The network has helped HT Brigham diversify into other new areas, such as stainless-steel pressings used in fuel cells. Mr Essom says social media such as Twitter are invaluable for making new business connections and raising issues with government officials and other business leaders. Another prop is the Manufacturing Advisory Service, run through regional development agencies, which provides expert help to small and medium-sized enterprises. This will survive a culling of agencies by the coalition government.

The small manufacturing firms that have survived and grown in the Midlands cannot match Germany's famous Mittelstand of sturdy family firms that supply the world (and especially China) with products such as machine tools and brakes for railway carriages. The Midlanders' metal goes round the world, too, but usually as a key component in a Rolls-Royce jet engine or in a Land Rover. Nonetheless, the firms have emerged surprisingly nimble and profitable from recession.

Like many businesses, the Midlands manufacturers worry about credit shortages and the state of the world economy. A survey of Britain's small and medium-sized manufacturing firms by the CBI, an employers' group, released on February 6th shows rising pessimism, particularly about the euro zone. Before last Christmas Mr Ward was worried about spending £200,000 on new equipment. The mood, he said, was "nervous again". But he went ahead with the investment.