West Midlands Mayor full of praise for Made in the Midlands 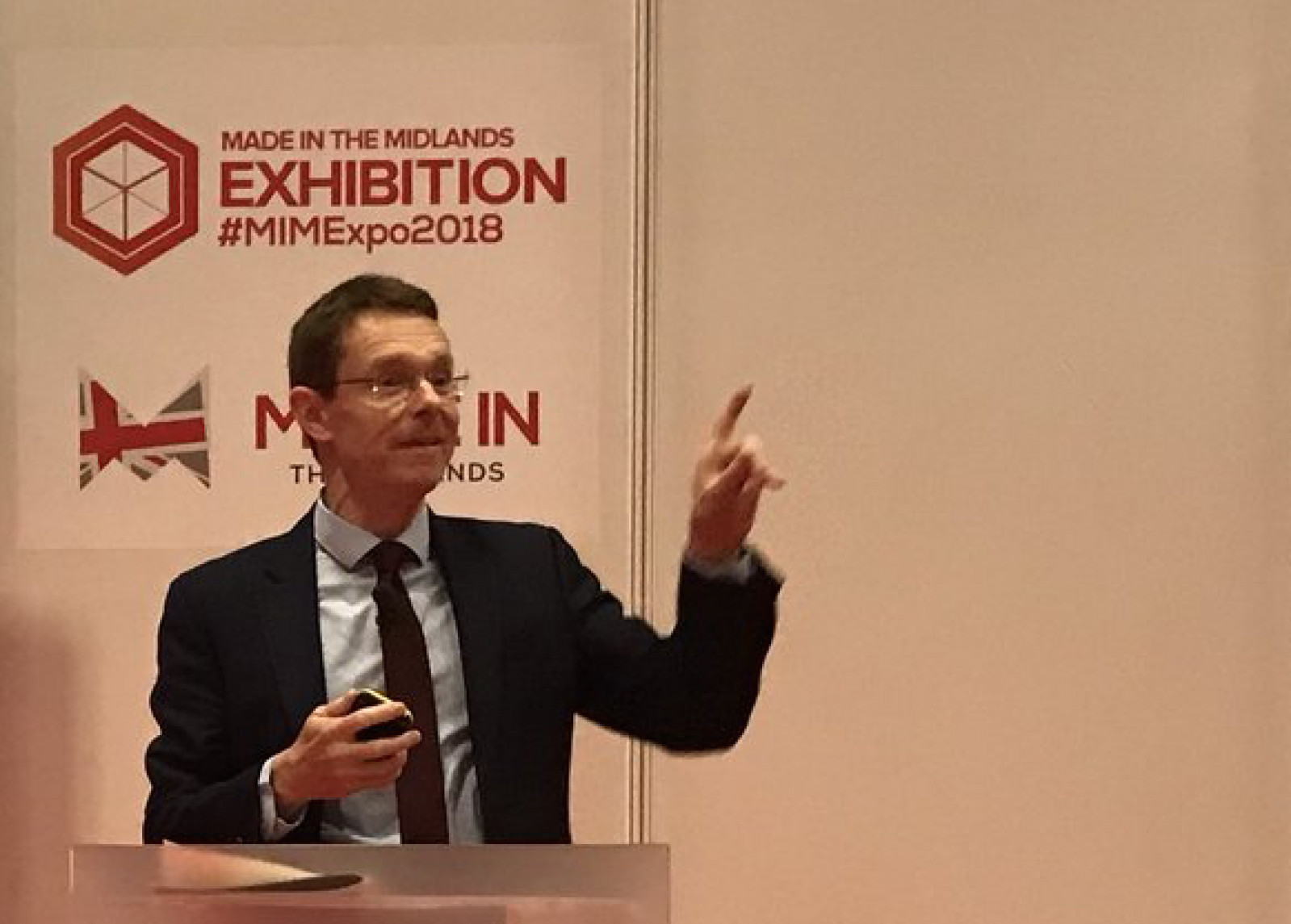 Manufacturers demonstrated their commitment to Midlands industry with a show of strength at this year’s Made in the Midlands exhibition.

More than 200 exhibitors helped to fill the Ricoh Arena in Coventry, with stands representative of the diverse range of industries which characterise the sector in the region.

The powerful demonstration of the broad range of companies and skills helped to impress the guest of honour - West Midlands Mayor Andy Street - as well as the hundreds of visitors who filed through the exhibition hall during the course of the show.

Several visitors were so impressed by what they saw that they agreed to join the MIM ranks on the spot - testament to the growing strength and influence of this unique network.

In his opening address, Mr Street said a strong manufacturing sector was “mission critical” to the region and that while the industry had undergone a decline it was now rebounding well, helped by a strong export performance.

He also stressed to members and visitors to the exhibition that there was hardly any facet of Midlands industry that was untouched by manufacturing and that the work being carried out by firms such as those forming the MIM network was helping to support jobs growth, especially in emerging technologies.

“I am delighted to be attending this Made in the Midlands exhibition as the development of manufacturing is absolutely mission critical for this region,” he said.

“It’s true that the sector has been in a bit of a decline but it’s now back with avengence, aided by a strong export performance.

“This is in turn helping to fuel investment and the rate of job growth here is the fastest for any region outside of London.”

Mr Street was also full of praise for the way the MIM network formed a correlation with his own aims to develop a mini industrial strategy for the West Midlands.

The strategy forms a crucial part of the second devolution deal secured by the West Midlands Combined Authority from the government, especially with regard to the development of electric and driverless vehicles.

Mr Street also mentioned the new £80m National Battery Manufacturing Development Facility and said it was therefore especially apt that Coventry should be the venue for the exhibition as it was also home for the new centre.

He said the development of automotive technologies was especially important for the region, which had the potential to become a global leader in the field.

The Mayor said it was also important that the region’s industries embraced digitalisation as the technology would increasingly begin to shape the way they would do business.

It was also important to the growth of the region that it embraced the opportunities posed by HS2 and the arrival of the Commonwealth Games in Birmingham in 2022.

Made in the Midlands CEO Jason Pitt said: “We were honoured to have Andy Street open the exhibition and it was great to hear him deliver such a positive message - one that I know resonates with our network.”