What Our Members Got up to at the Expo 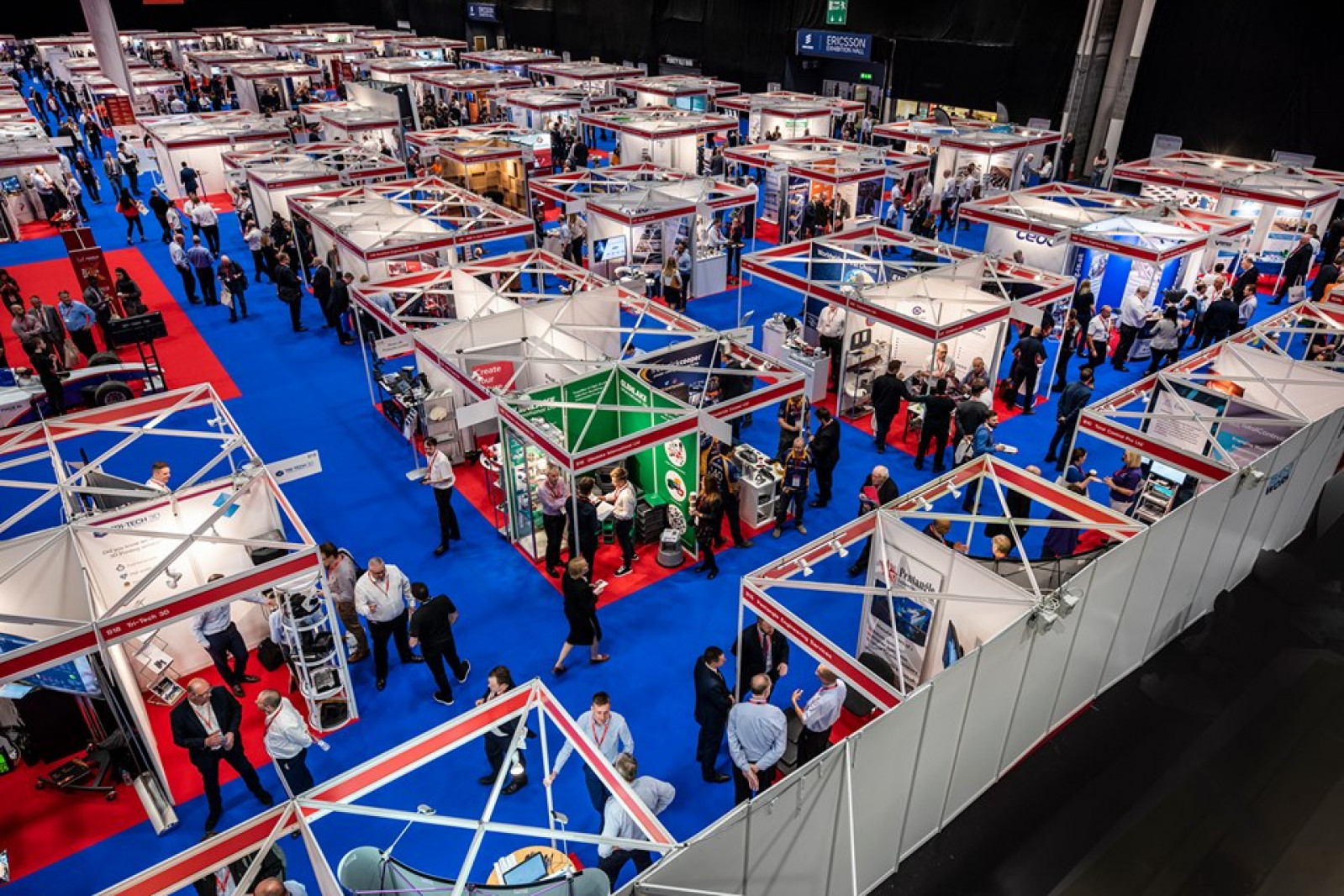 Last month, our annual Made in the Midlands Exhibition took place. Hundreds of companies gathered at the Ricoh Arena in Coventry to showcase what they’re all about, discuss the present and future states of UK manufacturing, and network with other companies and potential new connections.

If you were there, you will know that just walking around the exhibition hall gave off a real sense of the buzz and excitement felt across the world of Midlands manufacturing. At every stall and in every corner, new connections were being made, potential partnerships were being formed, and delegates across various industries were introducing and promoting their companies at every opportunity.

Another great aspect to witness was the authentic degree of diversity and representation present at the expo. Diversity in manufacturing is something which we’ve been promoting for years now, and so we’re delighted to see men and women of all backgrounds and ages coming together to celebrate the potential of UK engineering and manufacturing.

This year saw a mix of new exhibitors and returning members. One member who has been attending the Made in the Midlands expo for a number of years now is Subcon Laser, one of the UK’s largest and longest established laser cutting companies.

Tom Mongan, General Manager of Subcon Laser, attended the expo with the Subcon team. Mr. Mongan states that this year,  the 10th anniversary of the exhibition, was the best one yet. From talking to many of our members, everyone seems to agree - including us, of course!

Mr. Mongan also discussed Subcon’s personal experience with the expo, stating: “I picked up at least 5 good prospects from people visiting our stand and have already received 3 substantial enquiries.”

Whilst it’s always fun to see and interact with some great booths and displays, the value of networking and establishing business prospects is what really makes the Made in the Midlands exhibition worth attending.

Not only is it fantastic to see members making the most out of the expo and surrounding social events, but it’s a great opportunity to further grow our Made In family by showing visitors why it’s so worthwhile to be a member. And, of course, it’s all cyclical; the more manufacturing companies who come onboard, the more members can benefit from collaboration, shared expertise, and increased business opportunities.

Mr. Mongan sums up this sentiment by saying:

“I was also impressed with the calibre of visitor and this sentiment seemed to be endorsed when I speaking with fellow exhibitors, I also picked up a few enquiries from fellow exhibitors which is always a bonus.”

The expo came at an exciting time for Subcon, who are anticipating the arrival of their most powerful laser to date, a Trumpf 10kW TruDisk Fiber laser system, marking a huge £1 million investment for the company.

“In my opinion there is not much point in making these investments if no one knows about it and MiM Expo was an ideal opportunity to start promoting this news,” says Mr. Mongan.

Among those exhibiting for the first time this year was KMB Shipping, who celebrated their first year of being a Made in the Midlands member after Director Paul Hull attended last year’s expo. Mr. Hull explains his experience visiting the last exhibition by stating:

We’ve had a lot of great members come on board this way, and KMB is certainly no exception. It’s not just the impressive number and quality of the manufacturing companies present at the expo (though this definitely helps), it’s also the atmosphere throughout the exhibition hall.

“The great thing about the Expo, as well as all the Made in the Midlands events, is how open and friendly everyone is,” says Mr. Hull. “There’s a real willingness to engage, which can be a refreshing change.”

The reason for this friendly atmosphere is the real sense of community underlying the Made in the Midlands family. Members get to know each other, and these connections often turn into fruitful and mutually beneficial arrangements between businesses. This has been the case for KMB Shipping, as Mr. Hull states:

“The Expo has been a great opportunity to meet with all the MiM friends I’ve come to know over the last twelve months, as well as meet other new prospects, and discuss ways in which KMB can support their exporting needs.”

Aside from the networking opportunities, there was a wealth of information and perspectives delivered through the seminars and speakers. “There were some great guest speakers at the event, with relevant topics, and I was surprised by the number of people attending,” said Mr. Hull, going on to say how impressed KMB were that this year’s expo proved even bigger than last year’s.

We’re always particularly interested in hearing the experiences of first-time exhibitors, and KMB Shipping have encapsulated exactly what we hope to deliver at Made in the Midlands. Mr. Hull sums up KMB’s time with MiM by stating:

“I’d highly recommend joining the Made in the Midlands network, it’s not only an effective avenue for networking and a fantastic celebration of the region’s manufacturers, but each event is also a great insight into local industry sectors.”

Denise Brinton, Business Manager of Staysafe, also attended last year’s expo as a visitor, curious to see what Made in the Midlands could offer to a company who are driven by their passion for the environment.

“I attended the MIM exhibition last year really to check it out,” says Ms. Brinton. “I was so impressed with the opportunities offered by MIM that I joined there and then.”

This is the kind of reaction we strive for at our Made in the Midlands expos; we want to showcase exactly why it’s so beneficial to join the MiM family and get connected with each one of our industry-leading members. Staysafe are another example of a company who has seen the value in getting involved with the ever-growing movement of taking UK manufacturing further and further.

Ms. Brinton went on to say:

“My instincts paid dividends and our company has gone from strength to strength with the help of MIM networking and the willingness of members to share best practice ideas with each other.”

For Staysafe, the true value of the expo was the vast networking potential offered to members. Exhibitors can connect with companies and suppliers who they’ve heard of but may never have had the chance to contact, strengthen their existing connections, and gain new contacts who can boost their operations in different ways.

This was the case with Staysafe, as Ms. Brinton explains:

“Exhibiting this year gave us the opportunity to network with buyers and decision makers who wouldn’t normally attend the breakfast networking events, so we were able to identify new companies who would benefit from our services.”

It’s not all formal business, however; there’s plenty of opportunity to socialise. “What stood out most of all was the real sense of community, camaraderie and inclusivity,” says Ms. Brinton. “The expo was great, but the social elements when members were relaxed and off their guard afforded as many opportunities as the expo.”

Despite it being their first expo, Staysafe PPE did it right, taking advantage of all networking and showcasing opportunities throughout the day.

“I would definitely recommend attending these events to gain a greater knowledge and insight into the diversity of manufacturing in our area,” stated Ms. Brinton, summing up the company’s experience at MiM expo 2019.

“I particularly admire the fact that MIM regulates the number of service providers in their membership, too many Chamber events are populated by accountants, solicitors, recruitment and IT consultants.”

Still buzzing about the expo? Let us know on our twitter, and remember: it’s never too early to start planning your stand for next year’s expo.

Not a member, but looking to become a part of Made in the Midlands? Join today, or upgrade your membership to get even more out of your MiM experience.