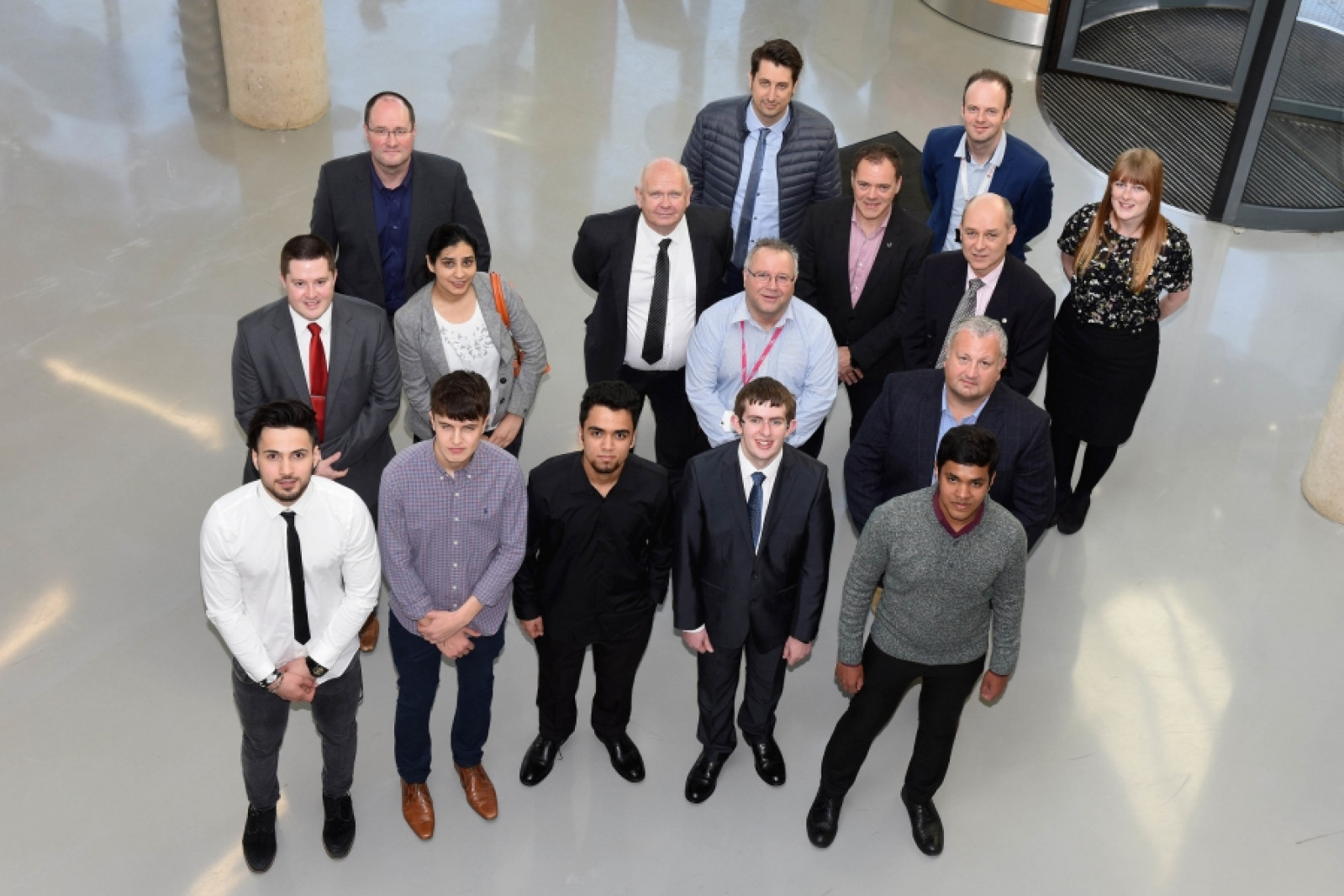 In their second year hosting the Made In The Midlands Young Inventors Panel, Central College Nottingham are sending two of their brightest engineers to the annual MIM awards event in October.

Brightson Xaviour Kalavilasam and Joseph Fitch were two of five students to take part in this years event, where they presented individual projects to a panel of manufacturing experts. Both students delivered robotic themed products and managed to impress the judges with their imagination and design, amongst other skills, earning them a place at the awards event.

We are really proud of our students, says John Wright, Engineering Lecturer at Central, not just the winners but of all of those who took part, and we are pleased that we have had an input into our students future careers in engineering.

The other three students to take part in the event were Jalil Mohammed Zadeh, Bashir Elier and Maxwell Leech, who presented a mix of robotic and machining projects to the judges.

John Wright goes on to say, This year was the second year that we took part in the Young Inventor competition with Made in the Midlands and again we have seen positive benefits from working with a professional organisation who have been keen to put bright students and real managers together to show that we really have a bright future ahead of us.

We look forward to the possibility of further involvement with the MIM team in the future and having the chance to showcase our students and their achievements.

Last years Young Inventor award saw Central College Nottingham claim top spot, with their young engineer going on to take an apprenticeship at R A Labone, one of the panellists at the time.

Both panels presented a vast pool of expertise from a range of engineering backgrounds, providing a rich source of feedback for the students to absorb.

MWS Ltd has recently moved into its own purpose built factory in Birstall-Leicester, where they manufacture and service Industrial Weighing scales. Andrew Clarke, director of MWS and one of the panellists at the Young Inventor, said. It was great meeting the engineers of tomorrow, Im sure that they all have a bright future ahead of them.

Charles Addison, Director of Made in the Midlands overseeing the judging process commented; "We were very pleased with this year's entrants from Central, as always the judging process is very difficult due to the high quality of the students. Its fascinating to see the manufacturer's apply real world logic and views to the presentations which provides valuable insight to the College and students alike."

The two finalists from the College will progress to compete with finalists from other Colleges in the Midlands, culminating in the presentation of the final Award in Birmingham in October, presented by MHA Macintyre Hudson.